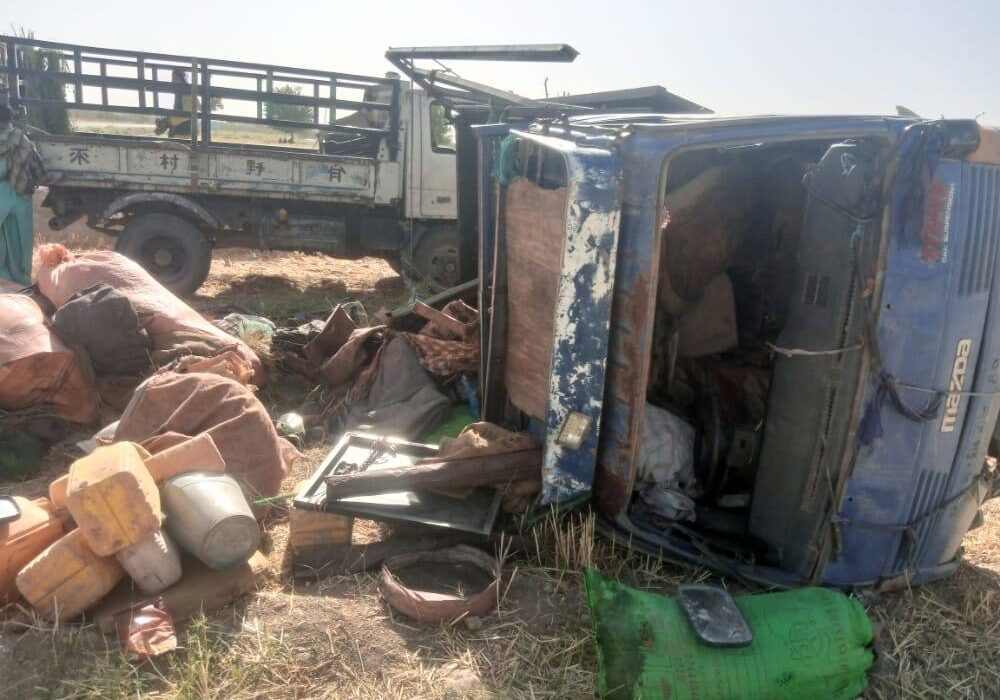 One person was killed and 12 more were injured in three different traffic accidents in Farah and Helmand provinces, security officials said.

One of the incidents happened on the Herat-Farah highway in the Balaboluk district of Farah on Tuesday evening when a bus lost its control and collided with a truck, leaving 10 people, including women and children, wounded, the provincial police spokesman Arif Adeel said.

The damaged roads and carelessness by drivers have been the main cause of the incident, officials said.

Meanwhile, a child was killed and two people were wounded in two traffic accidents in Nad Ali district in Helmand province.

Hafiz Rashid Helmandi, head of the information and culture department in the province, said the incidents took place due to high-speed driving and that they have arrested one of the drivers following the accident.

In one of the incidents in Helmand, a rickshaw hit a car in Nad Ali district, leaving the rickshaw driver and his brother wounded, Rashid said.