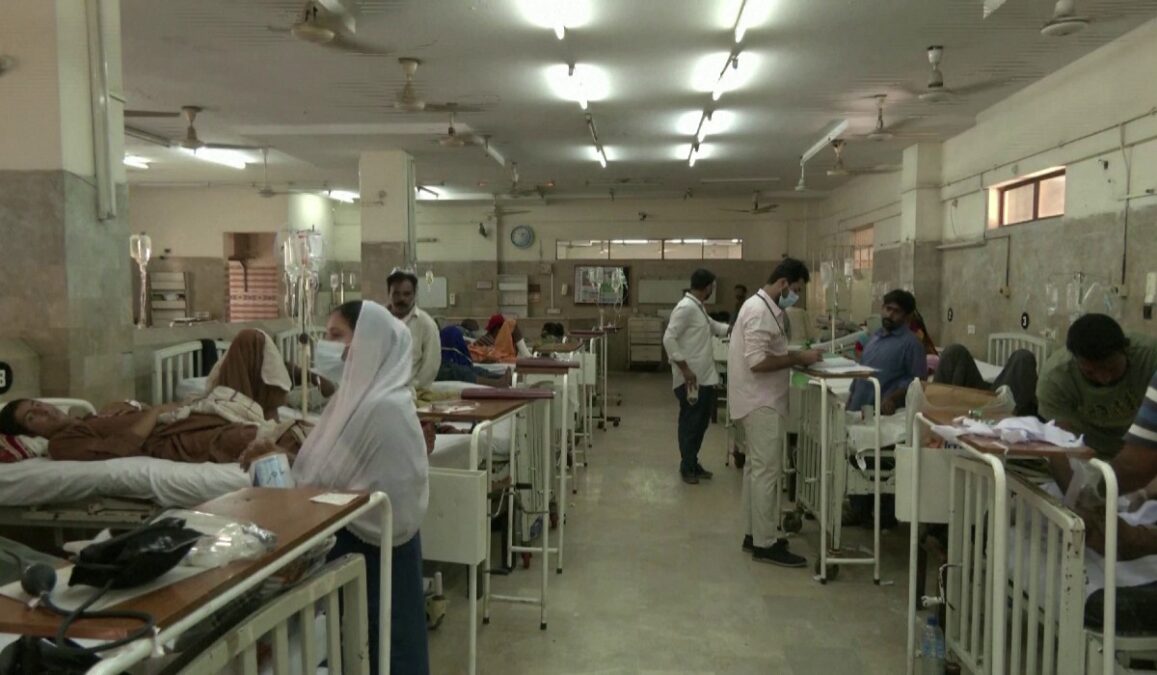 A hospital in Sindh province, Pakistan. Screenshot from Reuters video.

Widespread cases of waterborne diseases such as dengue fever were reported in Pakistan after unprecedented floods recently, a government minister said on Thursday as quoted by Reuters.

Reuters quotes Azra Fazal Pechuho, the health minister for southern Sindh province, as saying that based on their data, more than 4,000 people are suffering from dengue fever.

The official said that the data shows that the tally is increasing by 150 to 200 patients daily.

Other conditions including dysentery, diarrhea, malaria and skin diseases were also widespread, she told a news briefing last week, according to Reuters report.

The looming health crisis comes amidst unprecedented floods in Pakistan that affected millions of people across the South Asian nation.

Reuters reported that the United Nations and Pakistan have linked the extreme weather to climate change while some 600,000 people have fled their homes.

The floods also swept away houses, roads, railways and bridges and submerged around four million acres of farmland.