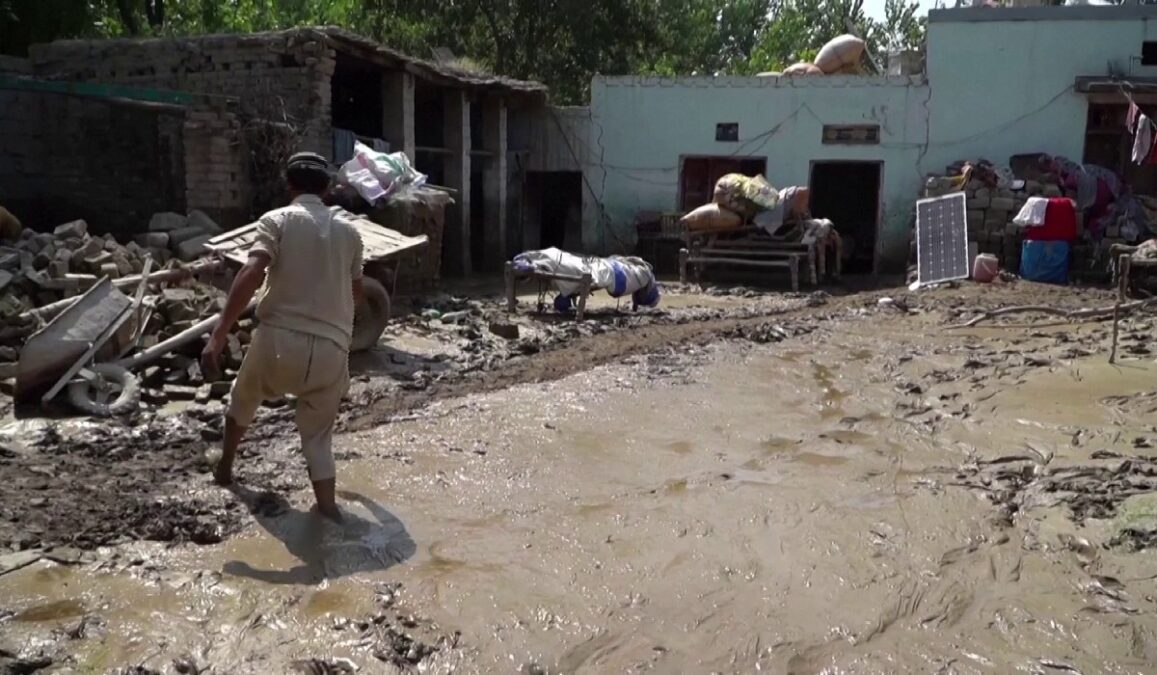 The toll from devastating floods in Pakistan continued to climb on Saturday with 57 more deaths, 25 of them children.

A high-level body chaired by Prime Minister Shehbaz Sharif set up to coordinate the relief effort met in Islamabad on Saturday for the first time to take stock of the disaster.

Figures show that monsoon rains and melting glaciers in northern mountains have resulted in floods that have affected 33 million people and killed at least 1,265 people, including 441 children.

The proportion of children’s deaths has raised concern. On Friday, the United Nations children’s agency (UNICEF) said there was a risk of “many more” child deaths from disease after floods.

The floods that have affected a third of the country were preceded by four heatwaves and multiple raging forest fires, the disaster management chief told the high-level meeting, as quoted by Reuters.

“The year 2022 brought some harsh realities of climate change for Pakistan,” the chief of the National Disaster Management Authority Lieutenant-General Akhtar Nawaz told a briefing for the country’s top leadership, according to Reuters report.

“This year we did not witness a spring season – we faced four heatwaves which caused large-scale forest fires across the country,” he said.

The United Nations has appealed for $160 million in aid to help tackle an “unprecedented climate catastrophe” in Pakistan.