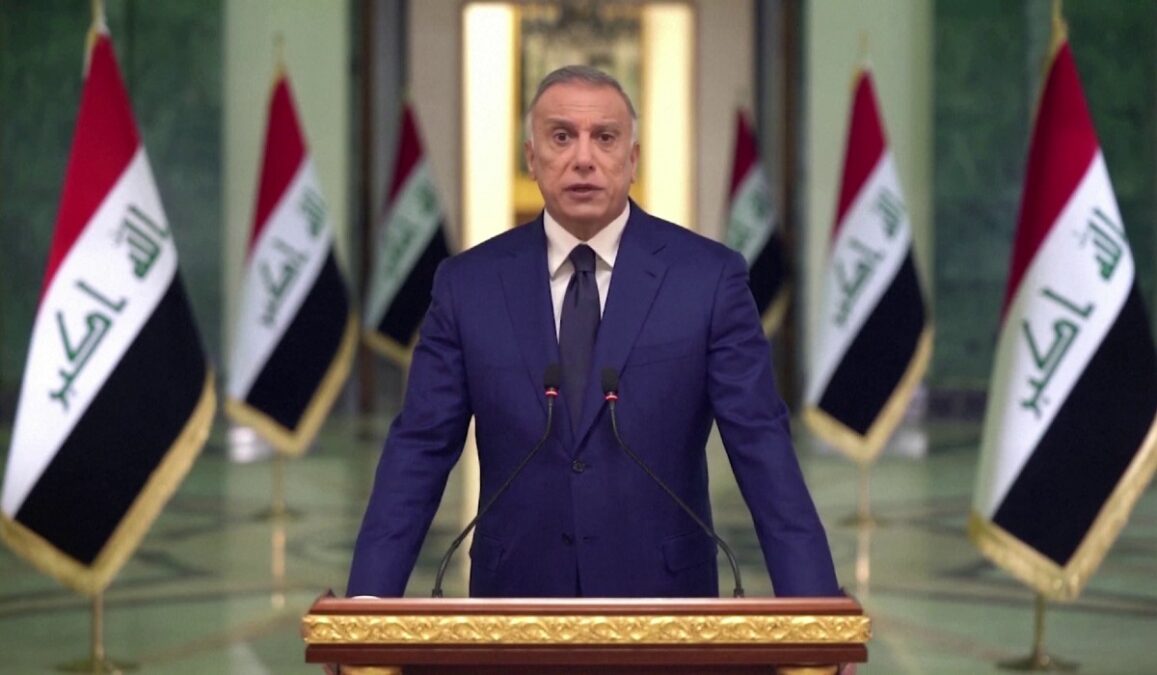 Following the unrest in Iraq, the Iraqi prime minister, Mustafa al-Kadhimi, on Tuesday said he will “vacate his post” if the complicated political situation in the country prevails.

“Enough of the duplicity of state and non-state (actors),” Kadhimi said as quoted by Reuters, adding that a commission of enquiry had been formed to investigate the origin of the weapons used in Baghdad’s deadliest clashes in years.

“We have formed a commission of inquiry to determine those responsible for placing weapons in the hands of those who opened fire on the demonstrators and shed blood despite the strict directives we issued to prevent the use of bullets, and it is necessary to determine who opened fire, rockets and mortars on the government area throughout the night,” he added.

Iraqi politician Muqtada al-Sadr emerged as the main winner in the 2021 October election but failed in his efforts to form a government with Sunni Muslim Arab and Kurdish parties, excluding the Iran-backed Shiite groups.

This week’s violence erupted after Sadr said he was withdrawing from all political activity. This led to protests in Baghdad in which at least 30 people were killed and many more were wounded.