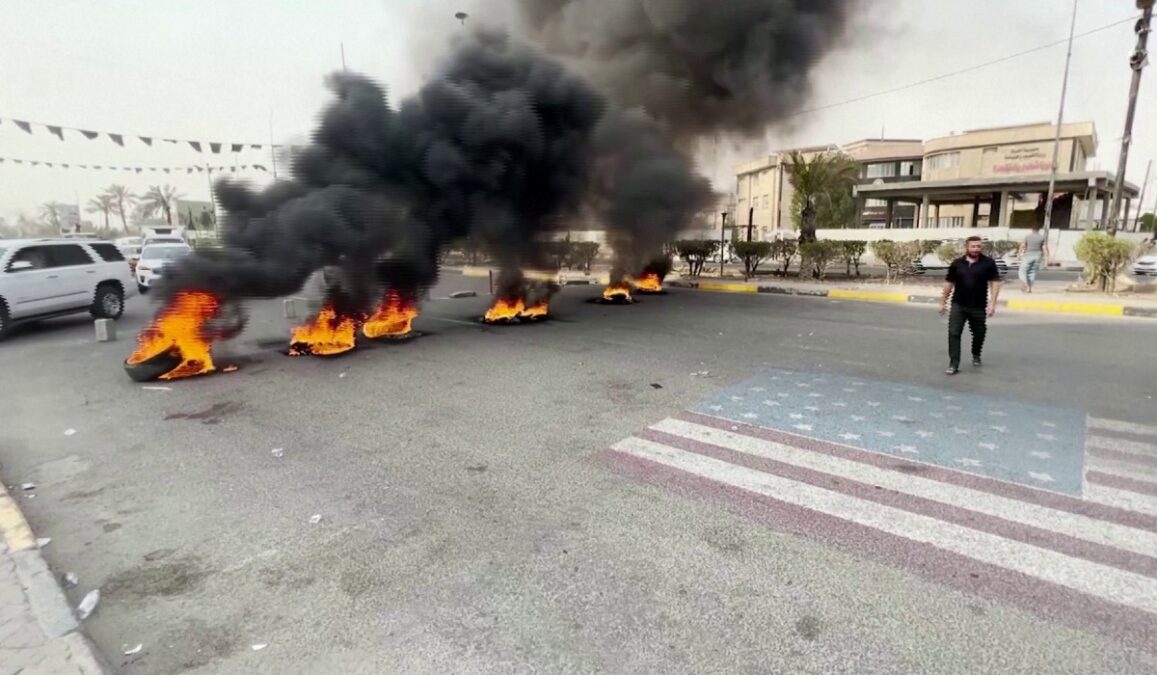 At least two people were killed in Baghdad on Monday after a decision by Iraq’s powerful Shiite cleric Moqtada al-Sadr to quit politics over a political deadlock prompted clashes between his supporters and backers of Iran-backed rivals.

According to Reuters report, young men loyal to Sadr who took to the streets in protest at the cleric’s move skirmished with supporters of Tehran-backed groups.

They hurled rocks at each other outside Baghdad’s Green Zone, which is home to ministries and embassies.

Gunfire echoed across central Baghdad, reporters said. At least some of the shots appeared to come from guns being fired into the air, although the source of all the gunfire was not immediately clear in a nation awash with arms.

At least 19 people were injured in the protests, police and medical workers said as quoted by Reuters.

The clashes took place hours after Sadr announced he was withdrawing from politics, which prompted his supporters, who had been staging a weeks-long sit-in at parliament in the Green Zone, to demonstrate and storm the main cabinet headquarters, Reuters reported.

According to the report, Iraq’s army declared a curfew from 3:30 p.m. (1230 GMT) and urged the protesters to leave the Green Zone.

Reuters reports that Sadr has insisted on early elections and the dissolution of parliament. He says no politician who has been in power since the U.S. invasion in 2003 can hold office.