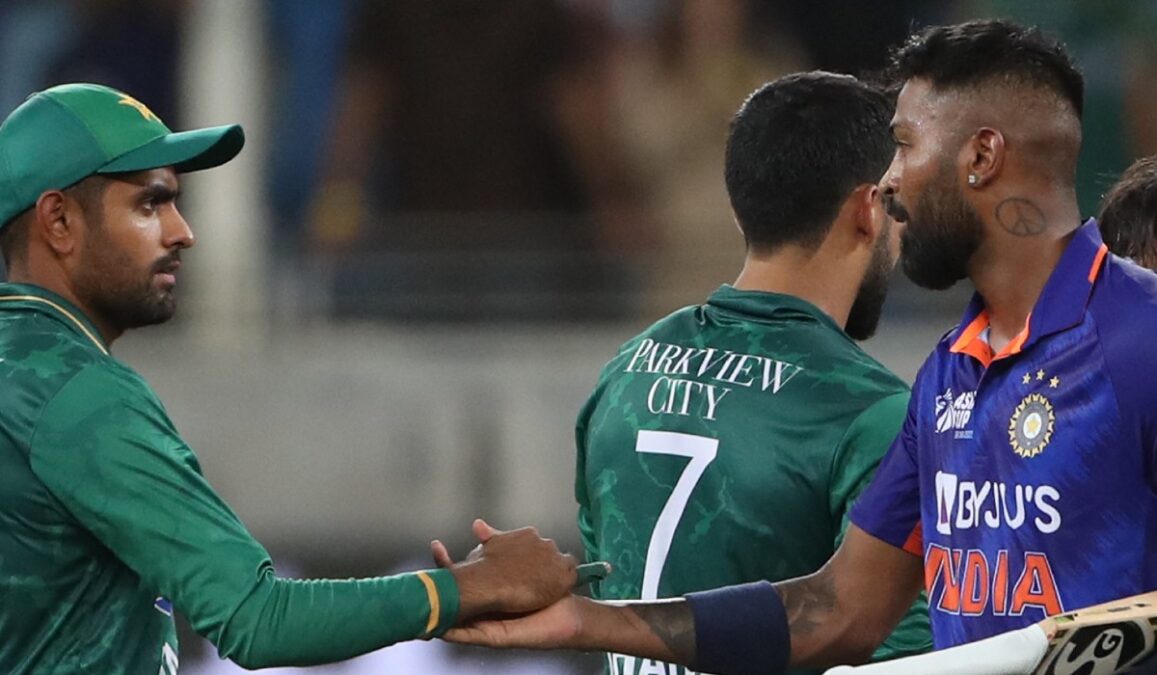 On the second day of the Asia Cup, India chased 147 to defeat Pakistan by five wickets, supported by strong innings from Hardik Pandya and Virat Kohli.

In this match, India won the toss but opted to bowl first. Pakistan captain Babar Azam was dismissed by Bhuvneshwar Kumar within three overs, before Mohammad Rizwan top-scored with 43 as Pakistan was stopped at 147 with one ball of the innings remaining.

India put KL Rahul as opener who made his return from injury, but he was removed for a golden duck, dragging on from the bowling of Pakistan T20I debutant Naseem Shah.

His dismissal brought in Virat Kohli who is returning after a short hiatus from cricket, who made an important 35 before being caught at long-off.

Later, a 36-run partnership between Ravindra Jadeja and Suryakumar Yadav seemed to have set India on their way to victory but Shah struck again by dismissing Suryakumar.

But Pandya entered to the scene and made a brilliant 33 runs off 17 deliveries to win the game for his team, even after Jadeja was bowled in the final over.