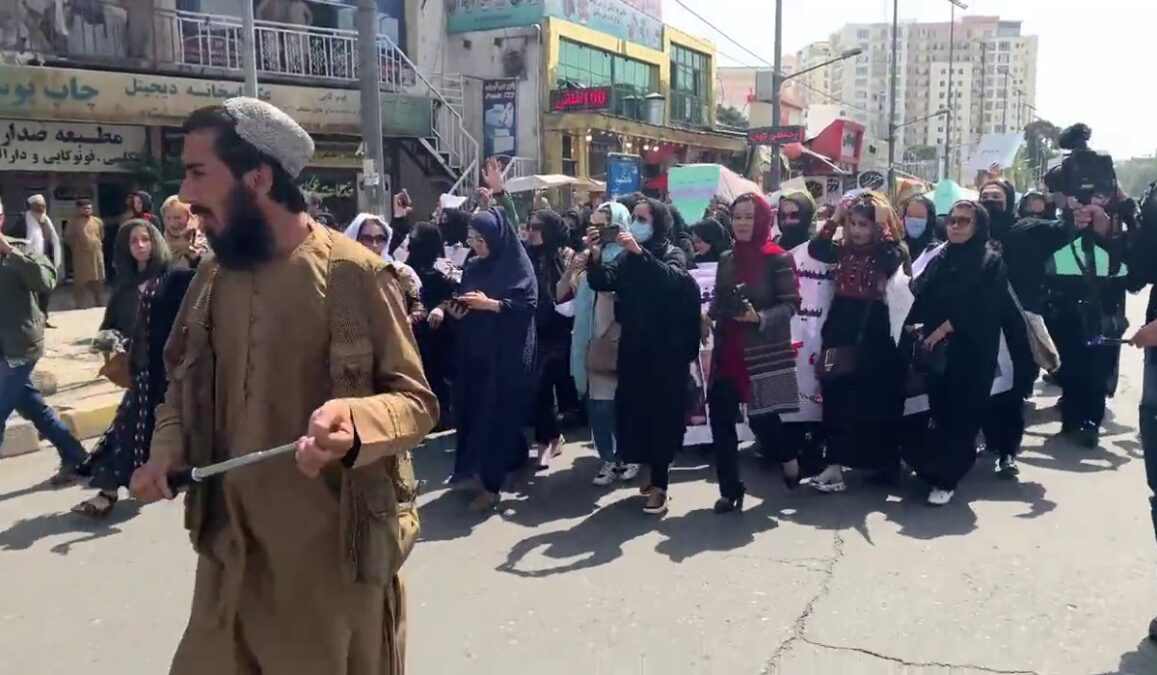 A group of women held a protest on Kabul streets on Saturday morning, demanding their rights around the first anniversary of the Taliban takeover of Afghanistan.

The women chanted the slogans “bread, work and freedom,” saying they will not stay silent.

“We held a protest today, but we faced violent treatment by the Taliban,” a woman protestor said. “They opened fire on us. We hid in nearby shops to get ready for a return.”

“We women are awake, and we are tired of discrimination,” the protesting women chanted. “We stay, and we will build.”

Taliban has imposed many restrictions on women during the first year of their rule in Afghanistan. They have banned secondary schooling for girls, have asked women to cover their faces when they appear on TV and have issued an order for women’s covering.

This comes as Belgium’s foreign ministry in a statement on Saturday warned of setbacks to human rights and freedoms in Afghanistan.

The ministry said in a statement that women and girls are gradually disappearing from public life, the rights of minorities are not respected, nor is freedom of opinion and expression.

“Attacks on the press and media, and the arbitrary detention of journalists, confirm a deterioration that is all the more worrying because it is accompanied by a deterioration in the economic and humanitarian situation,” the statement added.

The Taliban’s decisions on the rights of women and girls illustrate a clear step backward, the ministry said.

A human rights activist, Freshta Abbasi, said that the Taliban’s restrictions on women’s role in society are increasing.

“The Taliban’s violations of human rights in Afghanistan have increased,” she said. “The restrictions they have imposed on the media and women’s rights is proof of this matter.”