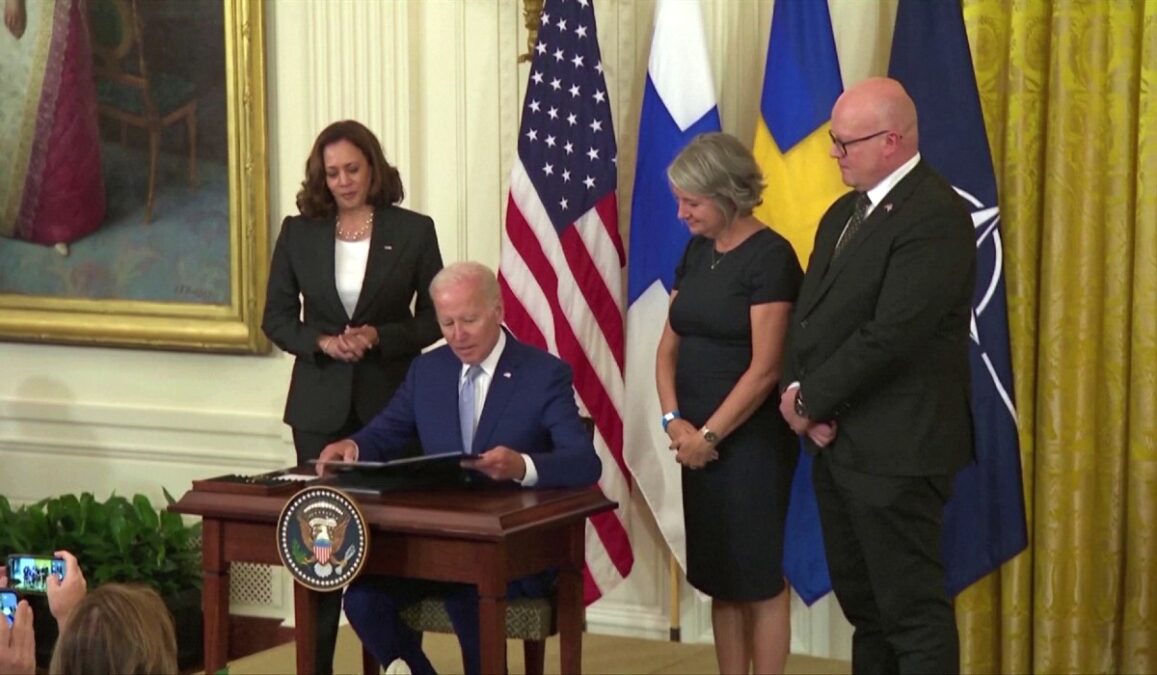 Biden signed the US “instrument of ratification” welcoming the two countries, the final step for their endorsement by the United States, Reuters reported.

The US Senate backed the expansion by 95-1 last week. Both Democratic and Republican Senators strongly approved membership for the two Nordic countries, describing them as important allies whose modern militaries already worked closely with NATO.

Moscow has repeatedly warned both countries against joining the alliance.

Biden said Putin is getting “exactly what he did not want,” with the two countries’ entry into the alliance.

NATO’s 30 allies signed the accession protocol for Sweden and Finland last month, allowing them to join the nuclear-armed alliance once all member states ratify the decision.

According to a Reuters report, the accession must be ratified by the parliaments of all 30 North Atlantic Treaty Organization members before Finland and Sweden can be protected by Article Five, the defense clause stating that an attack on one ally is an attack on all.

Ratification could take up to a year, although the accession has already been approved by a few countries including Canada, Germany and Italy, Reuters reported.