Conflicting casualty figures a day after blast at cricket stadium 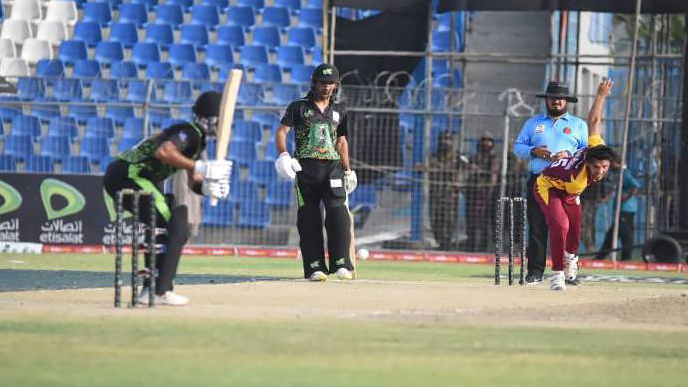 Band-e-Amir and Pamir Zalmi cricket teams during a match in Kabul on Friday, July 29, 2022. Photo: ACB

Different figures were released about casualties in a blast at Kabul cricket stadium on Friday a day after the incident happened, with the Taliban saying two people were killed.

One hour after the attack, Afghanistan Cricket Board (ACB) said that at least four people were wounded in the blast among spectators near the cricket ground at around 4:10 pm local time on Friday.

The blast happened during a match between Band-e-Amir Dragons and the Pamir Zalmi in the Shpageeza Cricket League that started on July 18.

UN chief Antonio Guterres in a tweet condemned the attack and said it “claimed the lives of at least 19 civilians and caused additional casualties.”

The emergency hospital said it has admitted at least 13 wounded following the incident.

The Taliban police command in Kabul said the blast happened due to a hand grenade that was thrown among spectators during the match.

“The blast left a number of our countrymen wounded and two martyred,” Taliban police command spokesman Khalid Zadran said, adding that the incident will be investigated.

No group has claimed responsibility for the attack so far.

Some eyewitnesses also said that a big number of people were killed and wounded in the blast.

“It has a loud sound. The match was stopped. There were four to five people who were not moving at the blast scene. I think they were killed. I saw five more people who were wounded,” said Badam Gul Ahmdzai, an eyewitness.

“The first match had ended and we were waiting for another match to begin in 15 minutes when the blast happened,” another eyewitness, Shahid Kharoti, said. “I don’t know the exact number of casualties because no one was allowed to get close to the attack scene.”

Experts said that hiding information about security incidents is an attempt by the Taliban to show the situation is better than it is.

“Hiding information in this way about security incidents can put pressure on people’s minds and this should not happen,” said Asadullah Nadim, an analyst. “More awareness will further strengthen people’s thoughts.”

“The Taliban administration is not providing information on such incidents because they are continuing to tell the world that they have brought security to the people. But realities should not be hidden,” said Torek Farhadi, an analyst in political affairs.