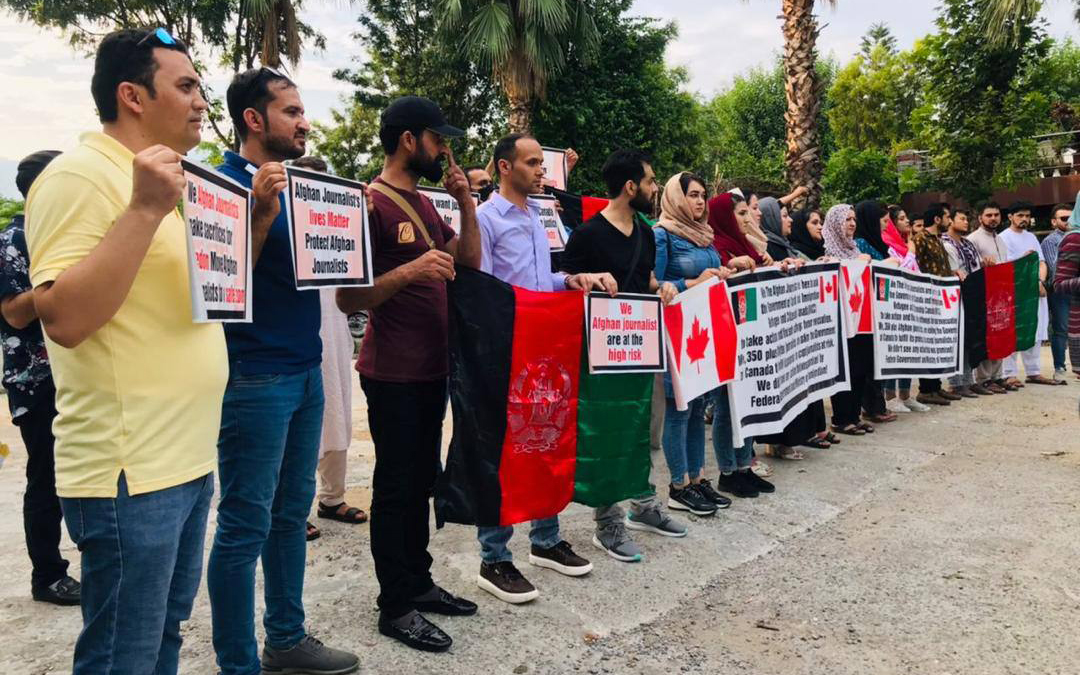 A group of Afghan journalists exiled in Pakistan in a protest on Monday asked the Canadian government to process their cases, saying they are living in an uncertain situation for months.

Many of the journalists left Afghanistan in the first two months after the fall of Kabul to the Taliban with the hope that their cases that were already filed would be processed by relevant countries.

“Eleven months have passed from the fall of democracy and the republic government in Afghanistan, and so far, the Taliban has not respected any democratic value, including the freedom of the press,” said Siyar Walizada, an Afghan journalist.

The journalists issued a 10-article statement, asking the Canadian government to resume the evacuation process for them.

“We are part of the 40,000 Afghans under risk for whom the Canadian government vowed to help,” said Abdullah Walizada, a journalist. “We are stranded here for months and we are passing through a tough mental situation.”

The Afghan journalists said they held the protest to represent at least 350 journalists, 50 percent of whom are in Pakistan.

Figures show that Canada has provided visas for at least 20,000 Afghans at risk, while the Canadian initially announced to evacuate nearly 40,000 people at risk in Afghanistan.