Work on TAPI Project to Begin within Six Months: Official 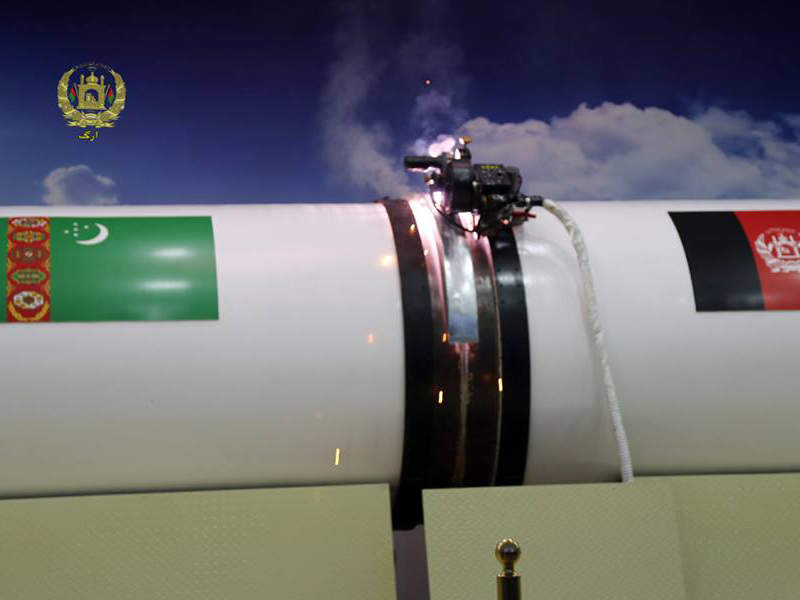 Work on the much-awaited gas pipeline project will begin within the next six months, the CEO of the project Mohammad Murad Aminov, who visited Herat on Thursday, said.

Amanov made the remarks in a meeting with Herat governor Noor Ahmad Islam Jar.

Work on the Afghanistan part of the Turkmenistan-Afghanistan-Pakistan-India (TAPI) Gas Pipeline Project has been delayed multiple times, including during previous governments, and is now waiting for the acquisition of lands in areas through which the pipeline will pass.

But Turkmenistan ambassador to Kabul, Khwaja Ewazof, said in the meeting that the acquisition of lands needs to be done under international rules.

He said that Turkmenistan is working on the survey of the project to connect the pipeline with the Herat industrial park.

“The pipeline is not only a project but a sign of commitment and friendship between the two nations,” he added.

He said that the government has a specific interest in the project and that soon they will appoint a special envoy for it.

The governor also vowed to provide a map of the lands that need an acquisition to be sent to Turkmenistan.

The TAPI gas pipeline project was inaugurated in 2016, but work on the project has faced many delays due to security issues in Afghanistan.

According to information from the previous government, Afghanistan was expected to earn at least $400 million in transit duties annually from the TAPI project.

The information showed that the country will also get 500 million cubic meters of gas from the project annually in the first 10 years.