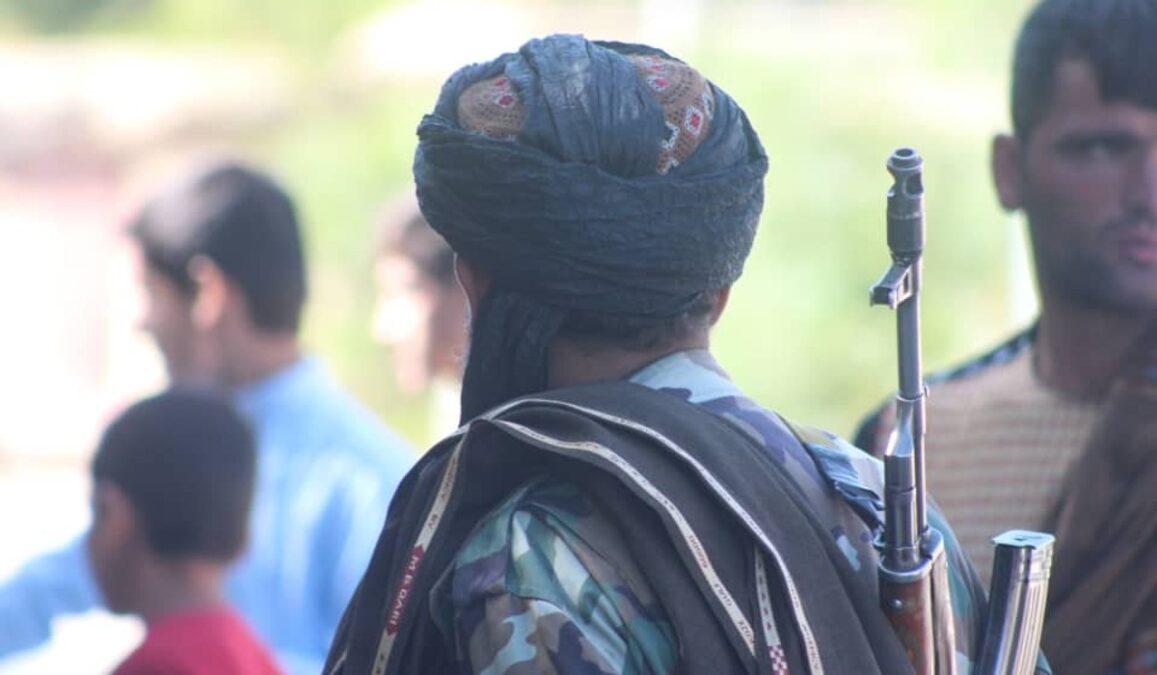 At least 50 young men, who all were civilians, were arrested by the Taliban in Dara district, known as Abdullah Khil valley, in Panjshir province on Monday, three sources from the region said on Tuesday.

A teacher from the area who was also arrested on Monday said he was released because he had an identity card that proved his job, but he was “severely beaten.”

He said there is no news on the fate of “nearly 50 others” who were arrested by the Taliban.

A resident of the area who wished not to be named said the men were arrested for no reason and they had no links with any group.

Footage sent to Amu by local residents shows a group of people lined up by Taliban fighters to be moved to another area from their villages.

The Abdullah Khil valley has witnessed clashes between the Taliban and the national resistance forces in the last few days. Sources said that a woman named Farahnaz was killed in the clashes.

Panjshir is one of the main hubs for anti-Taliban resistance forces who announced on Monday to have arrested at least 40 Taliban members and killed five of them in an operation.

Human Rights Watch in a report in June said the Taliban armed members have “tortured and unlawfully detained civilians,” in Panjshir valley north of Kabul.

The watchdog added that the residents were arrested and tortured for links with the anti-Taliban resistance front.

Human Rights Watch added that the Taliban detained and beat up the residents to collect information about the NRF forces and that they commit “collective punishment” of those arrested.

“Taliban forces in Panjshir province have quickly resorted to beating civilians in their response to fighting against the opposition National Resistance Front. The Taliban’s longstanding failure to punish those responsible for serious abuses in their ranks put more civilians at risk,” Human Rights Watch Asia director Patricia Gossman said in June.

The Taliban rejected the report as baseless.

Meanwhile, a report by the UN in July showed that the Taliban committed extrajudicial killings under their rule in Afghanistan. The group also rejected the UN report.