Balkhab residents share ordeal: ‘We left over the fear of death’ 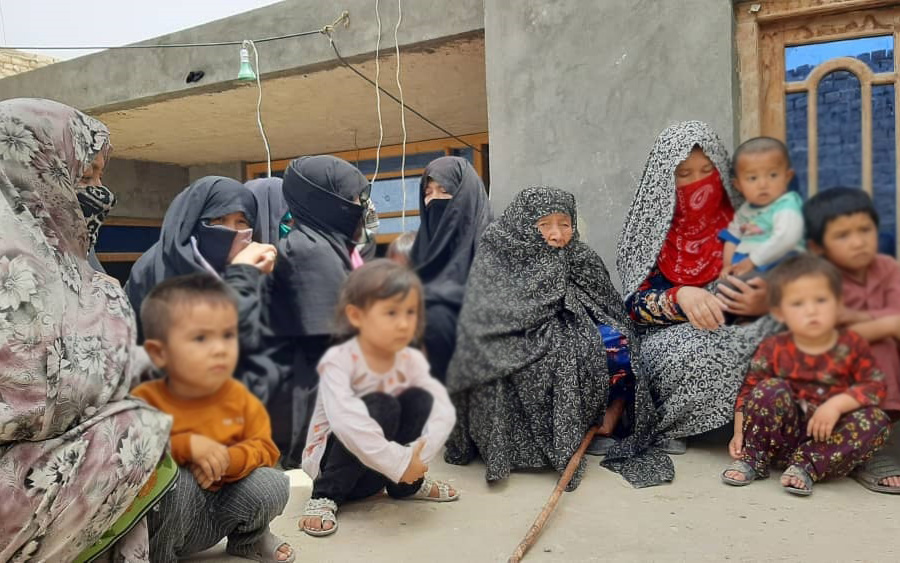 Balkhab residents share ordeal: ‘We left over the fear of death’

A group of Balkhab residents who have been displaced in Balkh said they left everything to save themselves and their children over the fear of “being killed by the Taliban” after the group took over their areas nearly two weeks ago.

The clashes erupted between the Taliban and its splintered Hazara commander Mawlawi Mahdi Mujahid, who refused talks and chose to fight against his former allies. Soon after getting started, the Taliban captured the center of Balkhab district in Sar-e-Pul province in the north of Afghanistan, including at least three surrounding villages that were the main hub for Mahdi where he could arm hundreds of his supporters.

Two weeks later, thousands of families have been displaced to different provinces in the north in search of safety and over the fear of being killed as revenge by the Taliban.

Amu TV reporter on Tuesday met with at least 30 displaced families from Balkhab who have been stationed in the city of Mazar-e-Sharif. Three of the families spoke on condition of anonymity.

Ahmad, an alias for the head of an eight-member family from Balkhab, said their decision to leave their homes overnight was due to the fear of “being massacred” – by the Taliban.

The story of Ahmad and dozens of others from Balkhab is almost the same as he says they all left after midnight in the last week of June on a trip of walking for eight days in search of finding a relatively safe area for them and their children.

Their fear was common: Not facing the same situation in the Mirza Yakawlang area, a village 10 kilometers to the center of Sar-e-Pul, known as a defensive belt for the city and a region where civilians were once tortured as Ahmad and others from Balkhab described.

Ahmad said on their eight-day journey, their lives were threatened by hunger and cold, especially for children, some of whom lost their lives on the way.

“We often heard that the Taliban was killing the people. So we left… We were told that the people are being massacred. That’s why we fled… We were thousands in number,” Ahmad said.

Jamila, an alias for a member of another displaced family, said she spent at least three days eating one bread, only.

“We left at midnight. We spent days and nights in mountains, hungry, and with our children. We heard that the Taliban was asking (the residents) whether they had a young daughter. Hearing this, our fears were doubling,” Jamila said.

She said some civilians’ bodies were left without burying over the fear of the Taliban and no one dared to bury them.

“Mawlawi Mahdi vowed to support us, but he failed,” the woman said.

Another woman from a displaced family of Balkhab said the rumors of the killing of civilians by Taliban in the district “are true.”

“Killing happened in Tarkhoch village, too. We heard about them and we knew them. An old man was killed with two of his grandchildren were killed without any sin. Eight people were killed by another family. We are sure that these have happened,” she said.

She shared her ordeal on the tough journey they took to other parts in search of safety. “A pregnant woman aborted her child on the way. Another pregnant woman fell off the mountain while carrying her baby on her shoulders. Another woman gave birth to a baby on the way, but her baby died and they buried him there,” she said.