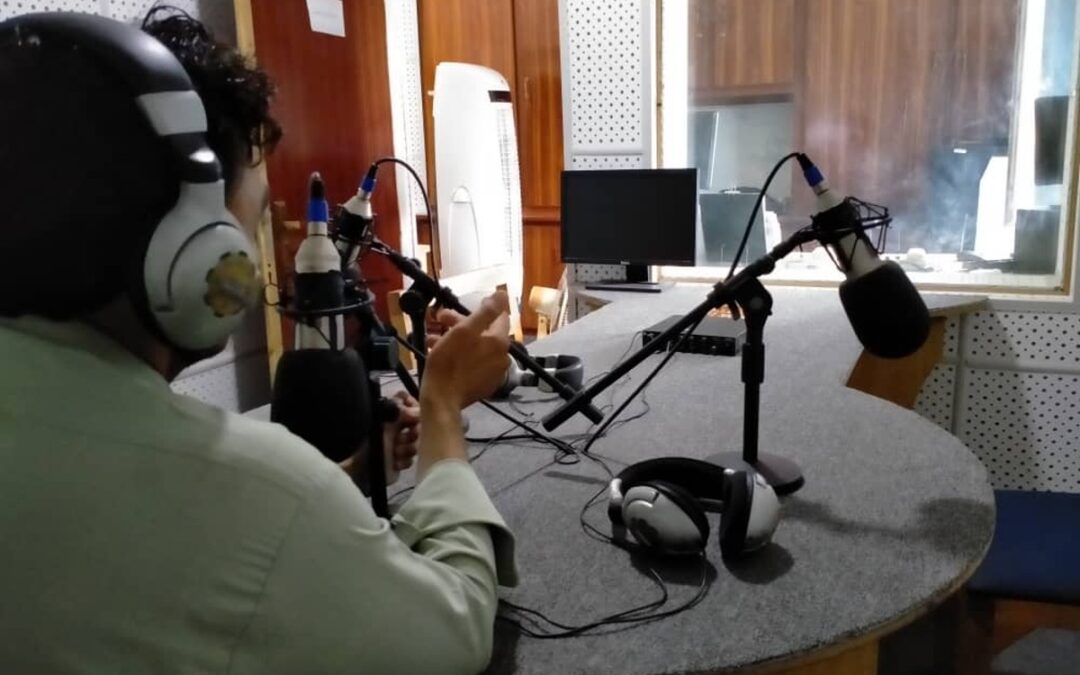 Taliban has once again warned journalists over criticizing its authorities while quoting sources in their stories, saying any such attempt will have “big punishment.”

The rule has been introduced in a letter by Taliban Mullah Hibatullah Akhundzada. The letter was explained to journalists in Daikundi province in central Afghanistan on Thursday, Sept. 8 by the Taliban’s head of information and culture in the province.

Taliban leader in the letter says the rules are applicable on all the people, the Taliban members and media outlets.

The letter, a copy of which seen by Amu, says any type of criticism against Taliban officials is forbidden and if someone attempted to “insult an official,” he will face harsh punishment.

Sayed Mustafa Saleh, head of the Taliban for information and culture directorate in Daikundi, who explained the letter to journalists on Sept. 8 said that mentioning anonymous sources is not acceptable in news stories.

“If you quote this source and that source in your stories, it has a big punishment under Islam,” he said, explaining the letter. “Sources must be named in your reports and stories.”

He also said “there is no room for criticism under the Sharia law because under such circumstances, government employees will be accused falsely.”

Saleh reiterated that media outlets should either air good words or they must remain silent.

Two sources told Amu that the Taliban has taken written commitment from media outlets in Daikundi to avoid airing or publishing anything which is against the Taliban.

Moreover, addressing an event in Daikundi on August 30, Saleh asked the local media to allocate all specify all their programs on the withdrawal of US forces, called as the victory day by the Taliban.

“Tomorrow (August 31) is the victory day. You are invited… All programs should be about the victory. There shouldn’t be negative stories or other programs,” he said.

This comes as Abdul Hannan Mohammadi, a journalist from Pajhwok news is under Taliban custody since July. He was arrested in Kapisa province and has been tortured while in custody, according to sources.

A report by Reporters without Borders, or RSF, shows that a year after the Taliban takeover of Afghanistan, there has been a 39.59% reduction in the number of media outlets and a 59.86% decrease in the number of journalists working in the country.

Under Taliban rule, women have been asked to cover their face with a mask if they appear on screen.