Death toll rises to at least 30 in Iraq unrest: Report 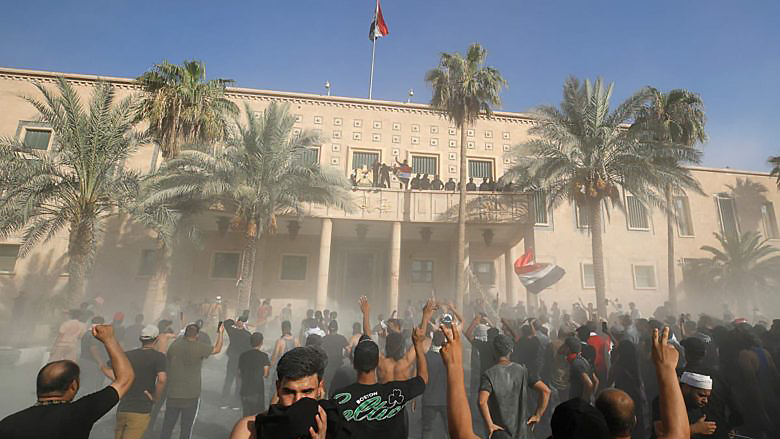 Death toll rose to at least 30 people after two days of unrest in Baghdad, the capital of Iraq, the Associated Press reported on Tuesday, quoting Iraqi officials.

Reuters reported that at least 135 more were wounded in violent protests in Iraq.

After Sadr announced Monday he would resign from politics, his supporters stormed the Green Zone in Baghdad. The area was once the stronghold of the US military which is now home to Iraqi government offices and foreign embassies.

Following the unrest, at least one country evacuated its embassy from Baghdad.

Meanwhile, on Tuesday, neighbouring Iran closed its borders to Iraq as a sign of Tehran’s concern that the chaos could spread.

Videos from the area show a large crowd near the Green Zone with supporters of al-Sadr firing heavy machine guns and rocket-propelled grenades into the heavily-fortified area.

In another incidents, Sadr supporters set fire to offices belonging to one of their political rivals, Badr Organisation, in Baghdad.

According to Reuters report, footage from the offices shows charred buildings and burnt out vehicles, while pamphlets showing pictures of Iranian Supreme Leader Ayatollah Ali Khamenei lay strewn on the ground.

Badr Organisation is led by Hadi al-Amiri. Badr makes up a big part of the Popular Mobilisation Forces, the heavily armed Iraqi state paramilitary organisation that contains dozens of Iran-backed factions, according to Reuters report.