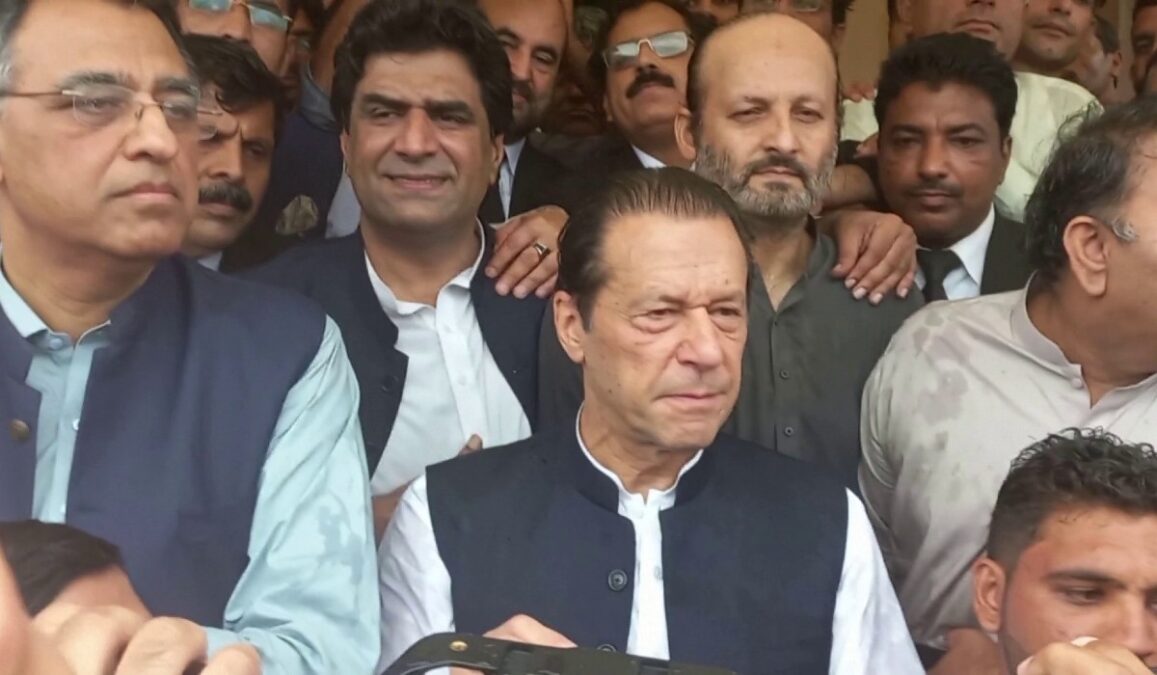 A Pakistani court on Thursday extended former Prime Minister Imran Khan’s pre-arrest bail for one week in a terrorism case over a speech, his lawyer said, as quoted by Reuters.

Khan appeared in court in person amidst tight security on Thursday.

Quoted by Reuters, Khan’s lawyer and political aide Babar Awan said that bail had been granted until Sept. 1, after which they will apply for another extension.

This comes after a police complaint was filed against former Pakistani premier over a recent speech among his supporters.

The political situation remains tense in Pakistan after Imran Khan was ousted from his office. The country is expected to held elections in next few months.

Khan in his speech last week said he “would not spare” the Islamabad police chief and a female judge who remanded his aide to custody, adding he would take legal action against them, according to Reuters report.

The comment, police said, was aimed at spreading terror amongst the police and the judiciary and that it prevets them from their duty.

The former prime minister’s bail in the matter was to expire on Thursday, but the court granted him one more week after his court appearance, Reuters reported.

According to the report, Khan’s supporters and former ministers in his government have threatened mass protests if he is arrested.

One former minister, quoted by Reuters, said his supporters would “take over” Islamabad.

Speaking after the extension of his bail, Khan stated that he had said nothing wrong.

“I say I will take legal action, and they make a terrorism case on me because of that, just think what mockery has been made of this internationally,” he said as quoted by Reuters.