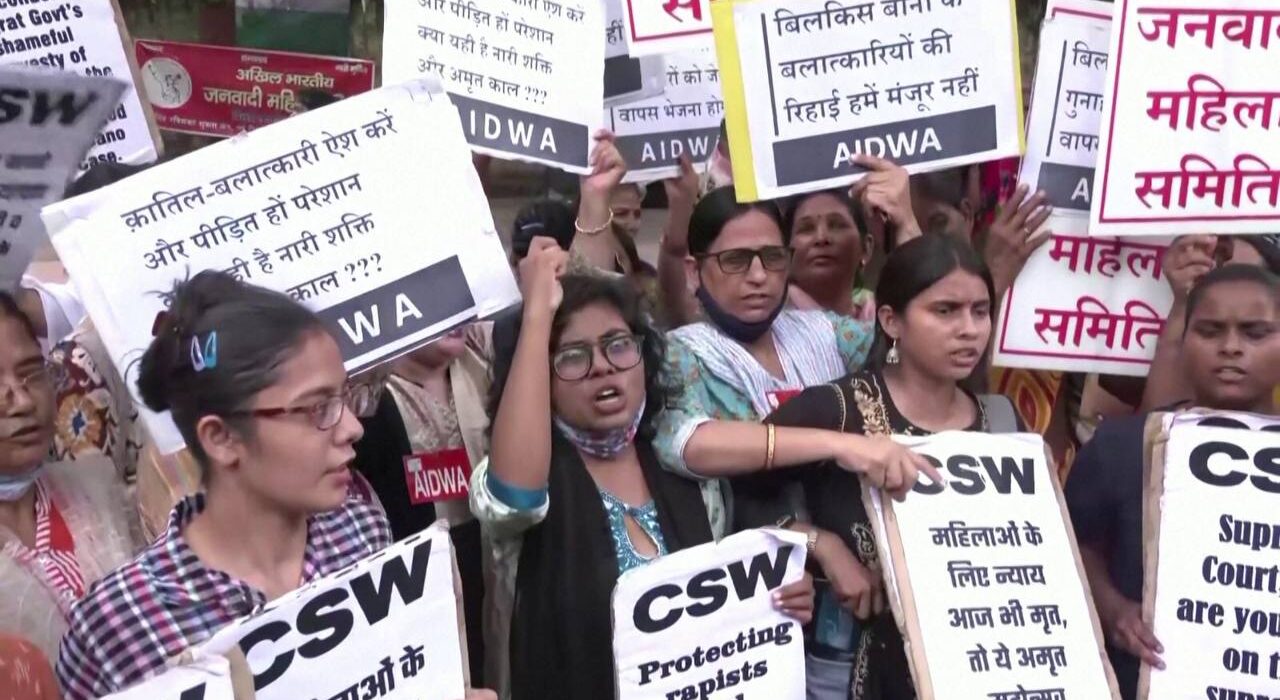 A protest was launched by women’s rights organizations in New Delhi on Thursday after 11 Hindu men jailed for life for the gang rape of a pregnant Muslim woman during Hindu-Muslim riots in 2002 were freed on remission.

The Centre for Struggling Women (CSW) and the All India Democratic Women’s Association (AIDWA) organized the protests, according to a Reuters report.

“I feel this is a condemnable action by the Gujarat State Government. The Central Government has also maintained its silence for the past 48 hours. The Home Ministry has not taken any action yet despite the public outrage,” said a protester, Maya, as quoted by Reuters.

According to Reuters report, Bilkis Bano was three months pregnant when she was gang raped and her three-year-old daughter was murdered during the violence that swept the western state of Gujarat state in 2002, killing more than 1,000 people.

The men were convicted in early 2008 and given life imprisonment. They were released from jail in Panchmahals in Gujarat on Monday, August 15, as India celebrated its Independence Day.