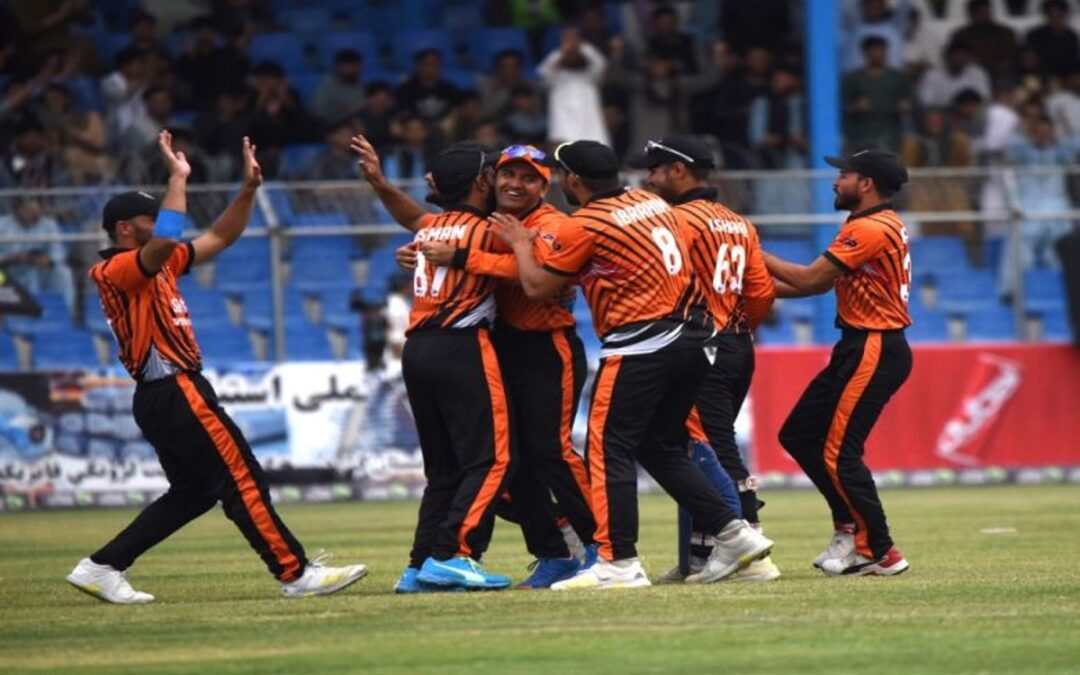 The Speenghar Tigers celebrating their win against the Kabul Eagles in the quarterfinals match. Photo: ACB

The Speenghar Tigers from the eastern zone defeated the Kabul Eagles in a thrilling match in Kabul cricket stadium on Wednesday afternoon.

The Kabul Eagles won the toss and opted to bowl.

They started well as Azmatullah Omarzai struck on the third delivery of the inning, getting Usman Ghani’s wicket for 4.

The Tigers lost wickets at regular intervals, but Najibullah Zadran kept his impact on the match and helped the Tigers to a respectable total of 140 in their 20 overs.

Najibullah Zadran scored an unbeaten 67 runs before the fast bowling trio of Fareed Ahmad (3/15), Yamin Ahmadzai (2/14), and Mohammad Ibrahim (2/18) shared 7 wickets between them to help Speenghar Tigers beat the Kabul Eagles in the 2nd qualifier and advance to the final of the Etisalat Shpageeza Cricket League 2022.

Azmatullah Omarzai was the pick of the bowlers for the Eagles as he picked three wickets for them.

Shahidullah made 37 runs for the Eagles but failed to help his team chase down the total.

After this win, the Speenghar Tigers will meet the Bost Defenders in the grand final of the cricket league.