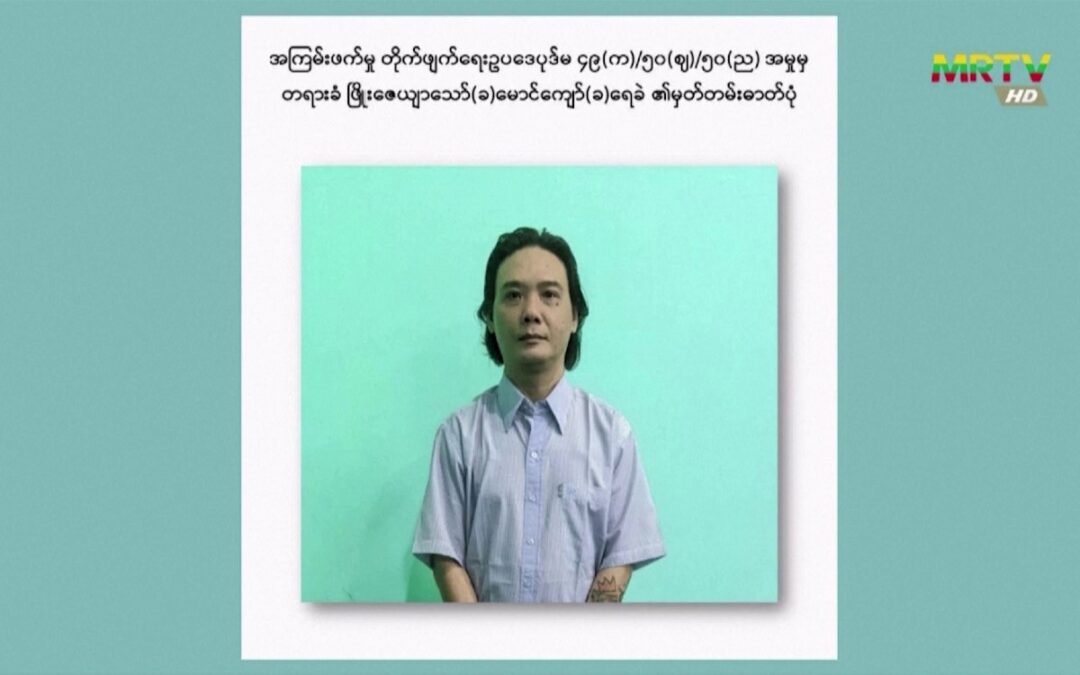 A screenshot of one of the activists executed by the Myanmar army. Source: Reuters.

Myanmar’s military junta has executed four democracy activists accused of helping to carry out “terror acts,” it said on Monday as quoted by Reuters.

The four men were sentenced to death in closed-door trials in January and April. They had been accused of helping insurgents to fight the army that seized power in a coup last year.

Myanmar’s National Unity Government (NUG), a shadow administration outlawed by the ruling junta, condemned the executions and called for international action against the ruling military.

“Extremely saddened … condemn the junta’s cruelty,” Kyaw Zaw, the spokesman of the NUG president’s office, said as quoted by Reuters. “The global community must punish their cruelty.”