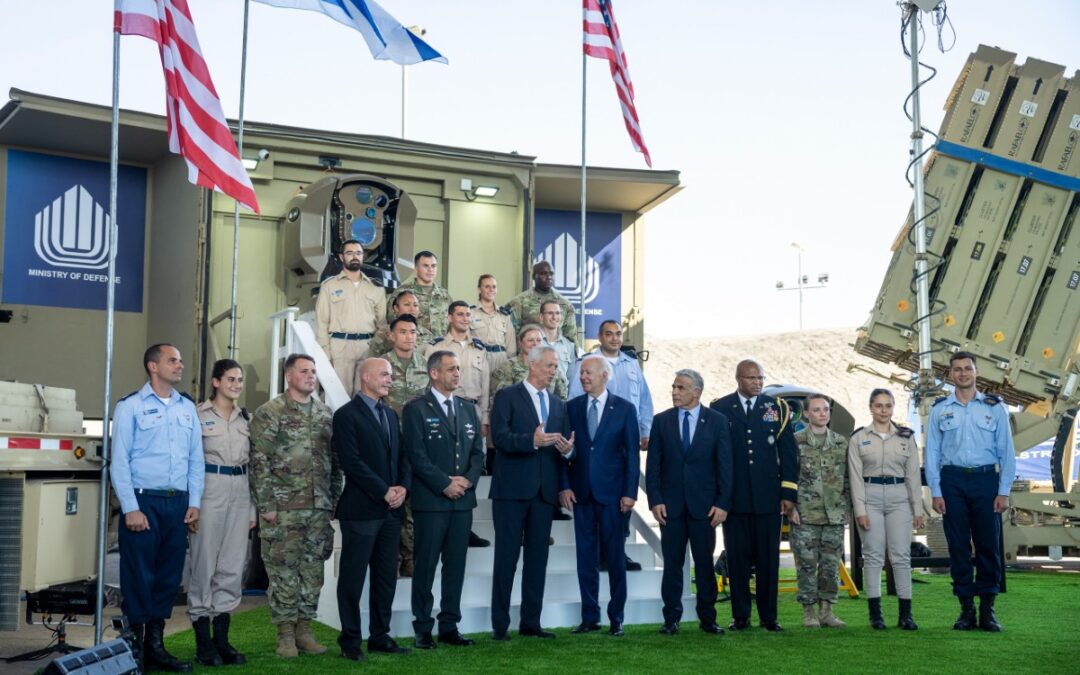 US President Joe Biden posing for a group photo along with Yair Lapid, Israeli’s acting prime minister, on his trip to Israel, on July 13, 2022. Photo: President Biden’s office.

President Joe Biden said in an interview aired Wednesday that he would use force “as a last resort” to keep Iran from obtaining a nuclear weapon.

Biden said in an interview with Israel’s Channel 12 News that he is also committed to keeping the IRGC, the Islamic Revolutionary Guard Corps, on the foreign terrorist list, even if it would kill a potential deal.

He also said that former President Donald Trump made a “gigantic mistake” withdrawing the US from the Iran nuclear deal and said Iran was closer now to acquiring a nuclear weapon.

“The only thing worse than the Iran that exists now is Iran with nuclear weapons,” Biden said in the interview.

This comes as Biden faces increasing pressure from key Middle East allies to outline a comprehensive plan to constrain Iran, as hopes for reviving the 2015 nuclear deal appear to be fading, according to CNN report.

He further criticized the Trump administration’s foreign policy and said, “There are those who thought with the last administration we sort of walked away from the Middle East, that we were going to create a vacuum that China and or Russia would fill, and we can’t let that happen.”

Biden said that his trip to Israel, the West Bank and Saudi Arabia, is aimed at working toward stability in the region.