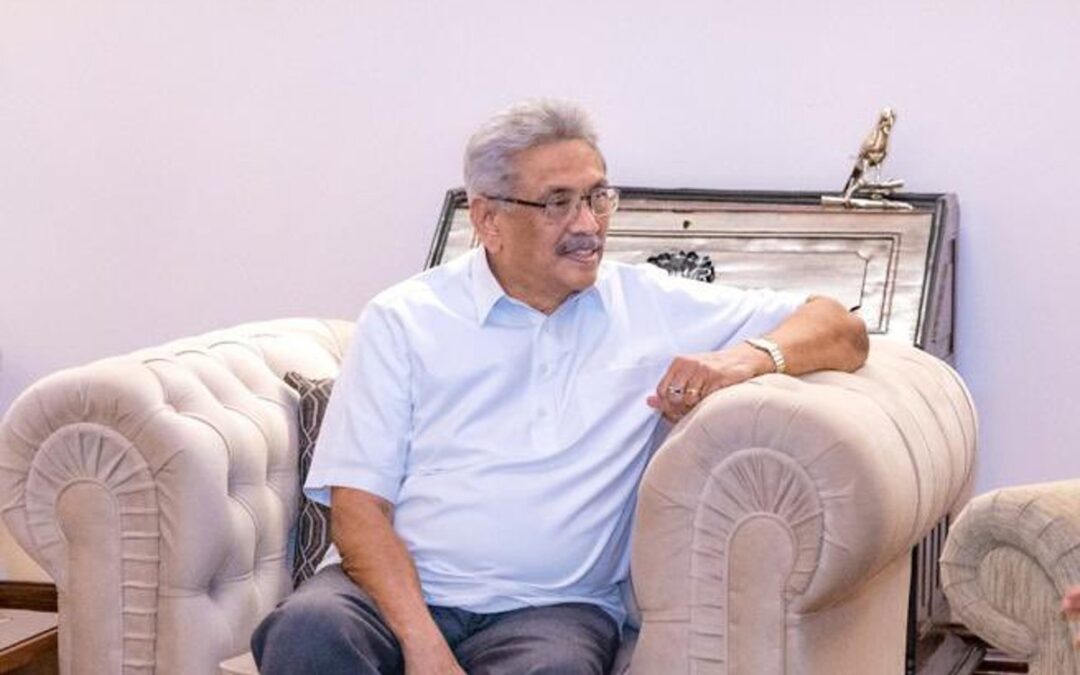 The president of Sri Lanka fled the country in the middle of the night on Wednesday hours before he was to step down amid a devastating economic crisis in his country.

The Associated Press quoted an immigration official in Sri Lanka as saying that president Gotabaya Rajapaksa, his wife and two bodyguards left aboard a Sri Lankan Air Force plane bound for the city of Male, the capital of the Maldives.

According to AP, Rajapaksa had agreed to resign under pressure. Prime Minister Ranil Wickremesinghe said he would leave once a new government was in place.

This happens after months of demonstrations that culminated Saturday in protesters storming his home and office and the official residence of his prime minister.

On Wednesday morning, Sri Lankans continued to stream into the presidential palace, AP reported, adding that a growing line of people waited to enter the residence, many of whom had traveled from outside Colombo on public transport.

This is the second president in less than a year after former Afghan president Ashraf Ghani fled their country amidst a crisis. Ghani fled from Afghanistan on August 15, 2021, after the Taliban surrounded Kabul, Afghanistan’s capital, and entered the city after finding that Ghani has fled.