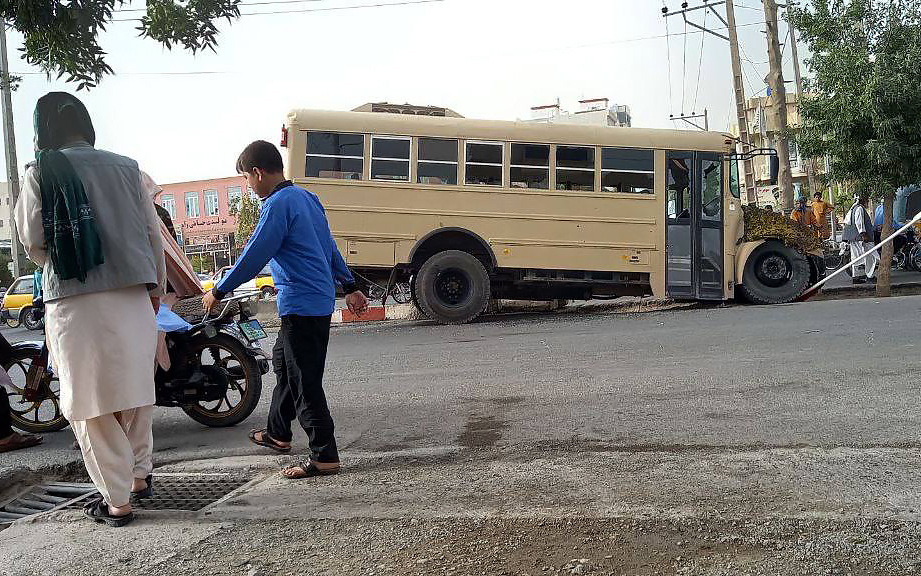 A vehicle carrying members of Taliban’s Al Farooq 207 Corps was attacked by gunmen in the city of Herat on Monday morning, officials confirmed.

The attack happened in District 4 of Herat city at around 7 a.m. local time, the provincial police command said.

Herat Police Command’s spokesman, Mohamoud Shah Rasuli, in a statement confirmed the incident and said one of the attackers was gunned down by their forces.

Sources said that two people were killed and at least 20, including two civilians, more were wounded in the attack.

Eyewitnesses said two other attackers fled from the area following the attack.

Another source said that another attack happened in a nearby outpost of the Taliban at the same time as the attack on the bus carrying Taliban members. But details are not available on the second attack due to heavy surveillance of the area by the Taliban soldiers.