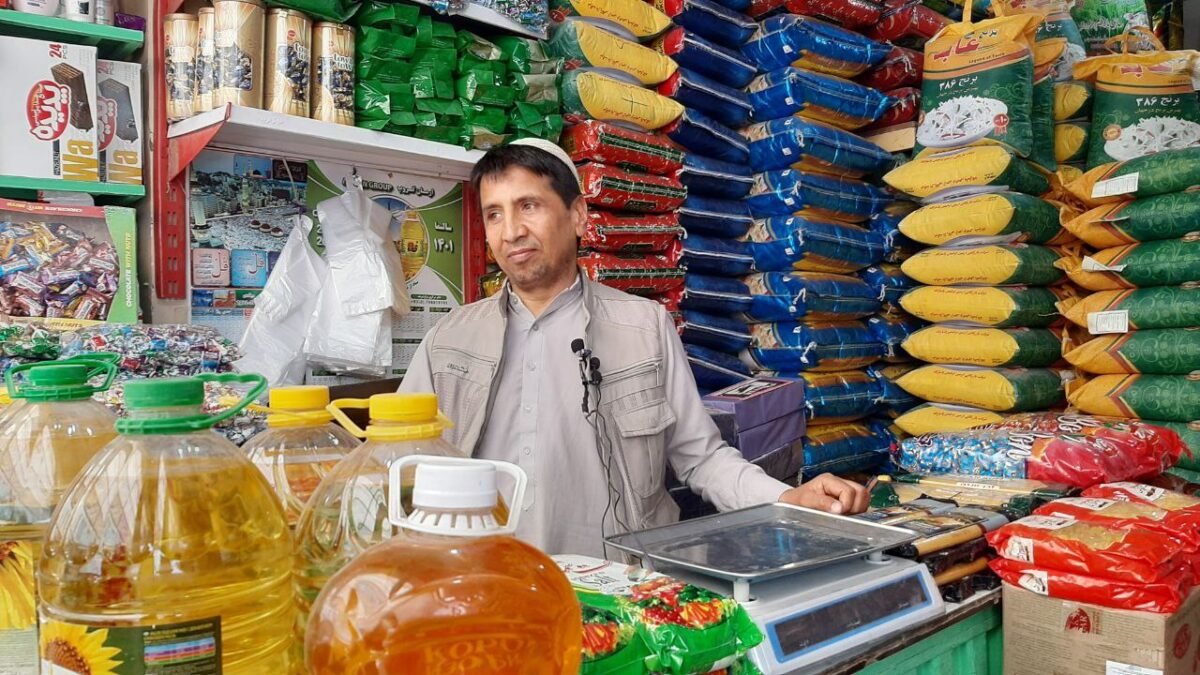 Balkh residents said they have been “shocked” by the unprecedented increase in the commodities and oil prices in the local markets at a time when unemployment levels in the country are at their lowest levels in a decade.

The residents said that under the current circumstances, it has turned difficult for them to afford the needs of their families – which are usually large in number.

Abdul Wakil, 52, a resident of Mazar-e-Sharif, said he works with a cart from dawn to dusk every day but he cannot earn enough in a day to even buy one kilogram of oil.

He said that the surge in prices has made life difficult for him.

“I work all the day and carry people’s belongings even under the warm weather but at the end of the day, I cannot earn as much as the price of one kilogram of oil,” he added.

Shopkeepers said the increase in prices is due to a surge in commodities prices in international markets, blaming the war in Ukraine and difficulties in transit routes to Afghanistan.

“The prices have gone up due to problems in imports and exports, high tariffs and customs duties, the decrease in the value of Afghani against foreign currencies, and the increase in commodities prices in international markets,” said Abdul Quddus, a shopkeeper in Mazar-e-Sharif.

But a religious scholar blamed importers and traders for hoarding and said they are charging higher than their goods’ worth.

“Hoarding is forbidden. Importers and businessmen should not commit this and must make efforts to overcome this issue,” said Mawlawi Asadullah, a religious scholar in Balkh.

Officials in Balkh said they have thorough control over the prices in local markets in Mazar-e-Sharif.

Mazar-e-Sharif mayor Mawlawi Qudratullah Tariq said that a 25-member team has been assigned to continuously control commodities prices and quality.

“The team has been assigned to report to us after monitoring the market,” he said.

This comes as recent political changes in the country have damaged the country’s economy as many businesses have halted operation, resulting in unprecedented unemployment across Afghanistan.