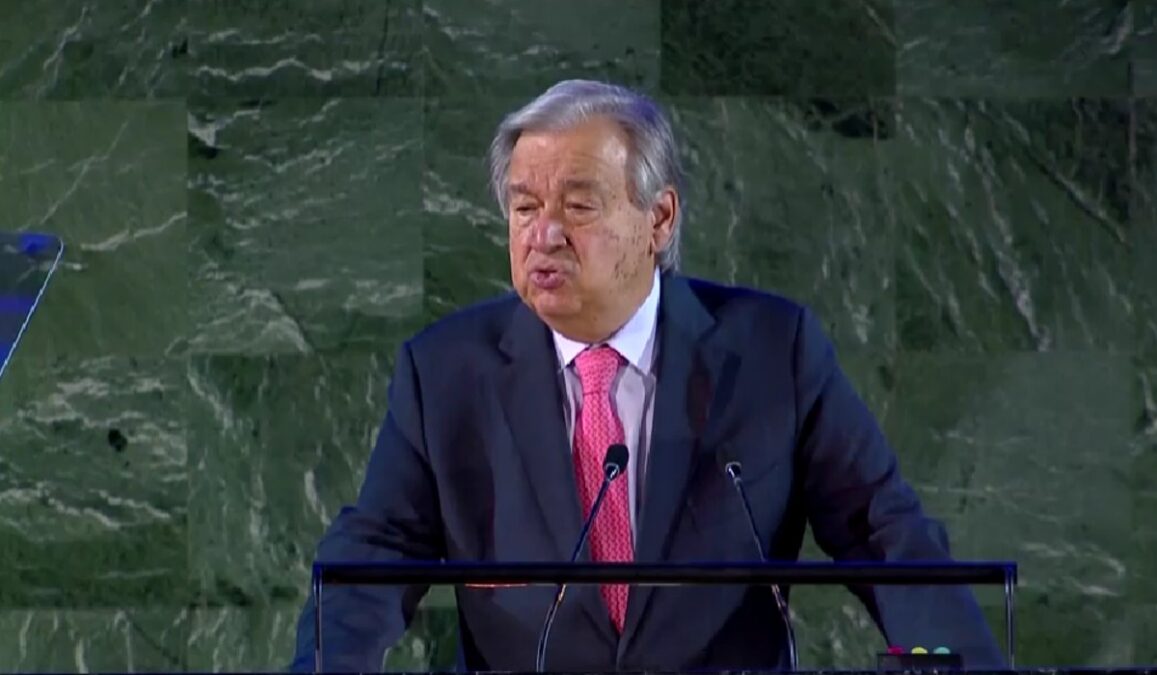 At a special summit on education a day before the annual General Assembly, UN Secretary-General Antonio Guterres on Monday asked the Taliban to immediately reopen secondary schools for girls in Afghanistan.

The Taliban has deprived more than one million teenage girls of education since the group returned to power in August 2021.

“I appeal to the authorities in Afghanistan: Lift all restrictions on girls’ access to secondary education immediately,” Guterres said.

Addressing the summit, Somaya Faruqi, who was part of Afghanistan’s celebrated girl’s robotics team, said the Taliban is “slowly erasing our existence in society.”

“Thousands of girls may never return back to school. Many have been married off. The promises of reopening schools came and went,” she added.

“You must not forget those who are left behind, those not lucky enough to be at school,” she told world leaders. “Show your solidarity with me and millions of Afghan girls.”

Taliban has vowed to introduce a mechanism for the return of girls to schools, but no step has been made in this regard so far. Taliban spokesman hesitated to provide details to Amu about the matter.

“The Islamic emirate (Taliban) authorities have provided explanations on this many times, and we think they are enough,” said Bilal Karimi, a Taliban spokesman.