Leaders and royalty gathered in London on Monday to say a final goodbye to Queen Elizabeth II, who was Britain’s longest-serving monarch.

King Charles and other senior British royals followed her flag-draped coffin into Westminster Abbey on Monday at the start of her state funeral.

Tens of thousands of people lined the streets as the queen’s casket made the short journey from Westminster Hall.

Pin-drop silence fell over London’s Hyde Park nearby as thousands of people went quiet the second the queen’s coffin appeared on screens installed for the occasion.

Shortly before, hundreds of armed personnel in full ceremonial dress had marched in a historic display of kilts, bearskin hats, scarlet tunics and bands in white gloves, Reuters reported.

Justin Welby, the Archbishop of Canterbury, told the congregation that the grief felt by so many across Britain and the wider world reflected the late monarch’s “abundant life and loving service.”

“Her late majesty famously declared on a 21st birthday broadcast that her whole life would be dedicated to serving the nation and Commonwealth,” he said as quoted by Reuters.

Among the crowds who came from around Britain and beyond, people climbed lampposts and stood on barriers and ladders to catch a glimpse of the royal procession, Reuters reported.

Biden keeps current cap on refugee entries to US 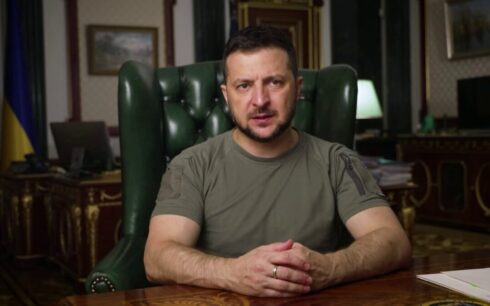 No talks with Putin if Ukrainian land annexed: Zelenskyy