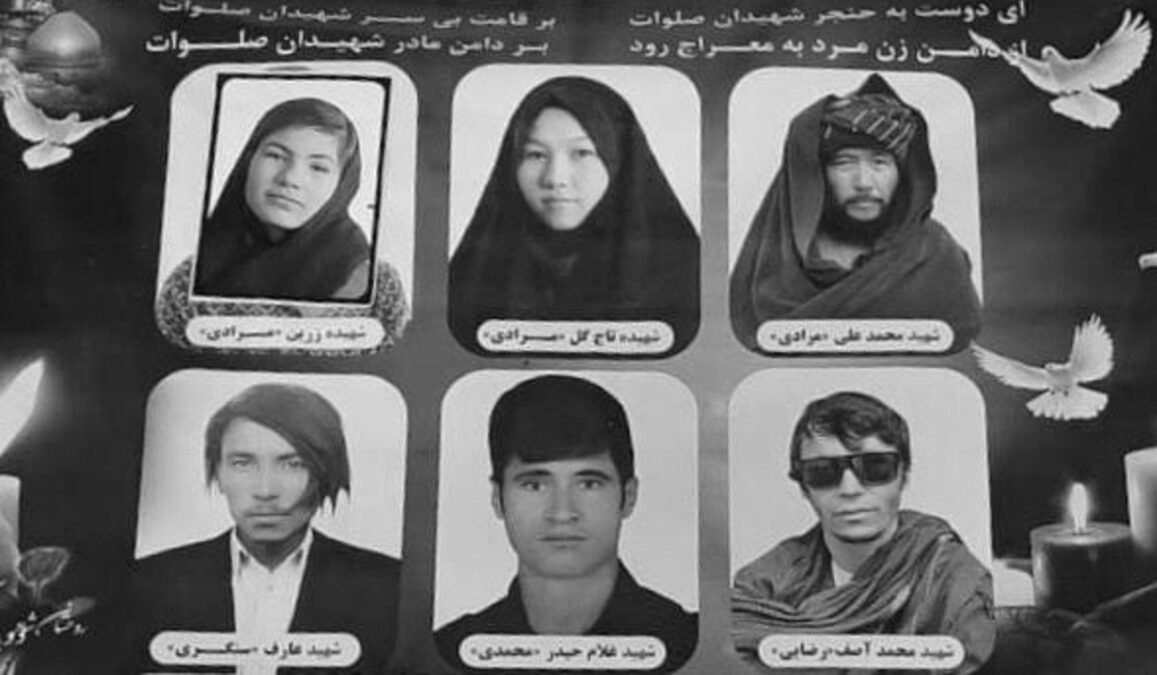 At least six Hazara people were killed by the Taliban in a deliberate attack on the ethnic minority group in Afghanistan’s Ghor province in June, Amnesty International said on Thursday in a new investigation.

The probe, published on Thursday, Sept. 15, says that on 26 June 2022, the Taliban detained and unlawfully executed four men during a night raid operation in search of a former security official.

“The body of at least one of those executed showed signs of torture. A woman and a 12-year-old girl were also killed during the raid,” Amnesty International says.

The attack is part of a wider pattern of unlawful targeted killings of people whom the Taliban perceives as adversaries, in this case, both members of the Hazara community and those associated with the former Afghan government, the watchdog added.

“The Taliban must immediately end this cruel pattern of targeted killings and, as the de facto authorities, ensure the protection of all Afghans,” said Agnès Callamard, Amnesty International’s Secretary General.

“The Taliban must investigate these killings and ensure that those responsible are prosecuted,” she added.

Despite publicly promising not to target former government officials, the Taliban have still not investigated or prosecuted anyone for the killings, Amnesty International says.

The watchdog says it conducted eight remote interviews, including with witnesses to the June 2022 attack, analyzed 38 photos and three videos that were taken in the aftermath of the attack, consulted a forensic pathologist to review the images of the bodies, and reviewed satellite imagery of the area to confirm the location of one of the killings.

Several of the photos analyzed were published online by Taliban media, including the Ghor Province Governor Media Office, which deleted the post soon after publication, the report says.

On the night of 26 June 2022, Taliban raided the home of Mohamad Muradi, a Hazara man and security official under the former government who had also previously led a public uprising forces group – a local militia – against the Taliban in 2020 and 2021.

Muradi had recently returned to his home in Chahar Asyab, in the Lal wa Sarjangal district in Ghor province, after failing to flee to Iran, and then hiding in other cities around the country.

Like many who had been involved in Taliban opposition, Muradi had not taken up the offer of a personalized ‘amnesty letter’ – often issued to former security and government officials, offering permission to return home in exchange for a promise to lay down arms – due to the fear of reprisal attacks by the Taliban.

Witnesses told Amnesty International that, on the night of the attack, the Taliban fired rifles and rocket-propelled grenades at Muradi’s home, killing Taj Gul Muradi, his 22-year-old daughter. She had studied medicine and had been providing health care in the community.

The attack wounded Muradi and two of his other children, a son and his 12-year-old daughter, the report says, adding that the girl suffered severe stomach injuries and died the next day.

Muradi’s left leg was injured, and he surrendered to the Taliban through the intervention of local elders. However, the Taliban then dragged him outside of the house and shot him dead, according to Amnesty International’s probe.

An analysis of photos of Muradi’s body shows damage to the front of his shirt, indicating a likely chest wound, and an exit wound in his forehead, it adds.

The probe shows that three other men who had been staying at Muradi’s home were detained and then extrajudicially executed.

Two of them, like Muradi, had previously been members of the People’s Uprising Program force, though none had taken part in fighting with the militia for some time.

Photos of Mohammadi’s body indicate that he was executed with at least one gunshot to the head while kneeling and with his hands bound behind him, the probe says.

Locals found his body approximately 50 meters from Muradi’s home, left between some rocks in a tree-covered area.

Witnesses told Amnesty International that the other two victims – Asif Rezayee and Arif Sangaree – were put in a vehicle and driven away to be killed in a separate location.

Asif Rezayee had been living in Kabul but had returned to his home village a few days prior to visit family members.

Rezayee was executed by gunfire while his hands were cuffed behind his back.

The Taliban news sources that posted the image of Arif Sangeree’s body described the night raid as a “targeted operation” that culminated in a fight between “rebels” and “Mujahideen”, or the Taliban.

The account claimed seven rebels had been killed, detained and wounded, and that one Taliban member was killed, with two others wounded.

To justify the deaths, the statement went on to say that the raid had occurred after fighters associated with Mawlavi Mahdi, the Hazara leader of a Taliban defector group, had attacked the Taliban in the Balkhab district of Sar-e-Pul province, and then fled and established themselves in the village of Chahar Asiab.

This Taliban statement was incorrect, the probe says.

While this fighting has been documented by the UN Special Rapporteur on the situation in Afghanistan in his 6 September 2022 report, which includes cases of Taliban executions of fighters hors de combat, Muradi and his family members were not members of Mahdi’s group or taking part in this round of attacks.

Rather, Amnesty International says, it believes the Taliban justification is a pretext for targeting ethnic minorities and soldiers associated with the former government.

A Taliban spokesman, Khalid Zadran, in a message to Amu rejected the findings of the report as baseless.