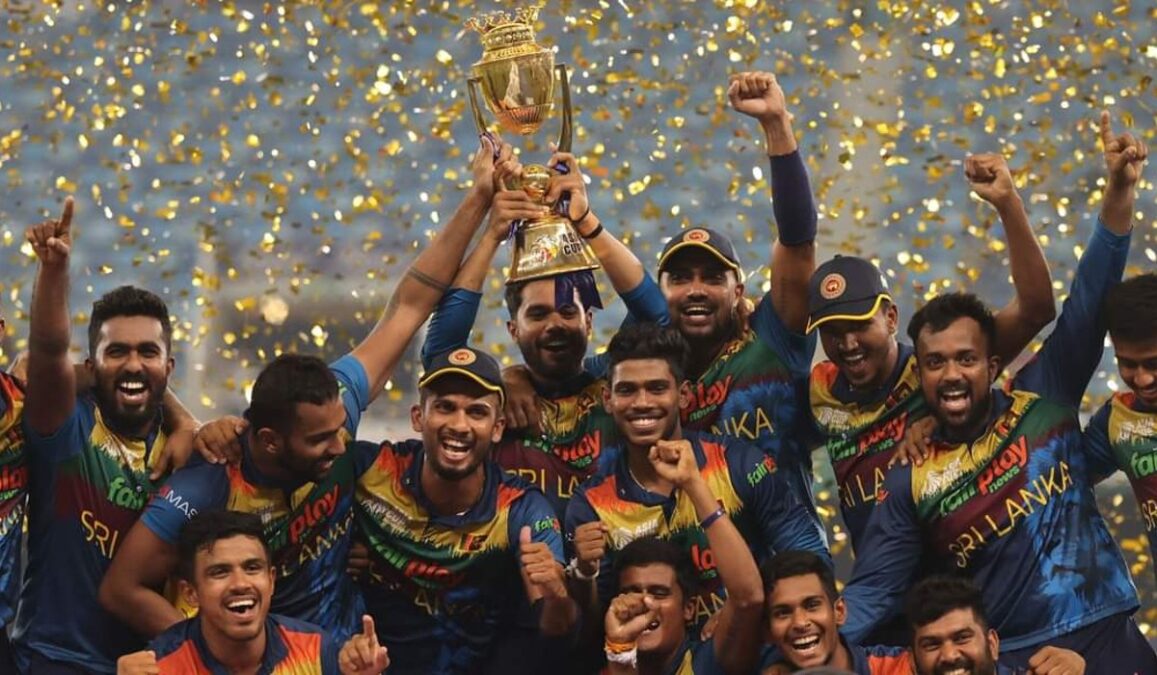 Sri Lanka won the Asia Cup 2022 title after defeating Pakistan by 23 runs in a thrilling match on Saturday. It is the third Asia Cup title for Sri Lankans.

It was a tournament that began for Sri Lanka with tumult but ended with them taking home the Asia Cup trophy.

On Sunday match, Bhanuka Rajapaksa formed the backbone of the Sri Lankan innings, rescuing his side from 58 for 5 with an unbeaten 45-ball 71 that saw them post 170.

It was followed by a spirited showing in the field as Sri Lanka outmatched Pakistan’s intensity, with Wanindu Hasaranga and Pramod Madushan taking seven wickets between them during a listless batting performance.

For Pakistan, it had begun so smoothly with Naseem Shah’s opening-over wicket appearing to set the tone for his team.

But a comeback led by Rajapaksa and Hasaranga helped Sri Lanka advance themselves back into the game.

The effort was assisted by some ordinary ground fielding and catching by Pakistan as their best fielder, Shadab Khan, had a poor performance.

But in the field, Sri Lanka made better use of the situation in their favour.