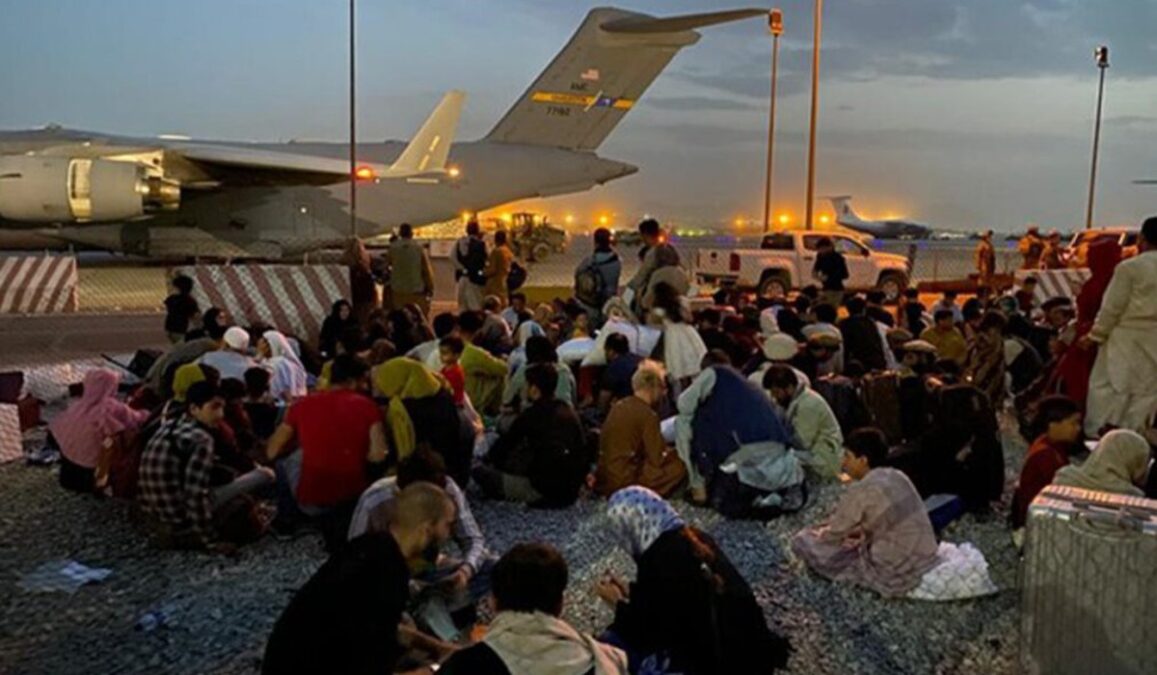 Afghan families waiting for their turn to be flown out of the country from Kabul airport on August 16, 2021.

The Biden administration is stopping – with a few exceptions – the temporary relocation of Afghans to the United States by deriving its focus on reuniting immediate family members with pathways to permanent residence, a senior administration official said as quoted by Reuters on Thursday.

The policy revision comes after criticism by some US lawmakers, refugee organizations and veterans groups that the administration failed to properly plan the evacuation of Afghans at risk of Taliban retribution when it pulled the last American troops out of Afghanistan last August, the report says.

The administration says the evacuation process was a success, with nearly 90,000 Afghans resettled in the US in one of the largest operations of its kind.

According to Reuters report, the revised policy, dubbed Enduring Welcome, begins on Oct. 1.

Under the changes, the official said, the United State will stop – with a few exceptions – admitting Afghans on humanitarian parole, a special program that grants temporary entry but no pathway to lawful permanent residence, the report said.

Quoted by Reuters, White House spokesperson Karine Jean-Pierre on Thursday restated the administration’s commitment to Afghan allies and detailed changes made to its relocation assistance policy.

“We are adopting a new model where Afghans arrivals will travel directly to the communities where they will be moving with the help of refugee resettlement organizations without a safe haven stopover in the United States,” Jean-Pierre said.

The revised policy, the official said, will focus on relocating to the United States immediate family members of US citizens, green card holders and Afghans with Special Immigration Visas (SIVs) granted to those at risk of Taliban retaliation because they worked for the US government, according to Reuters report.

Family members admitted from those categories will have “long-term, durable status,” according to Jean-Pierre.

“Afghans who are looking to resettle in the United States will remain with an immigration status that provides a path to long-term permanent residence rather than a temporary status, which is what’s provided through humanitarian parole,” she said.

Reuters report says that the revised policy follows months of talks between the administration and the AfghanEvac coalition of groups that help evacuate and resettle Afghans in the United States.