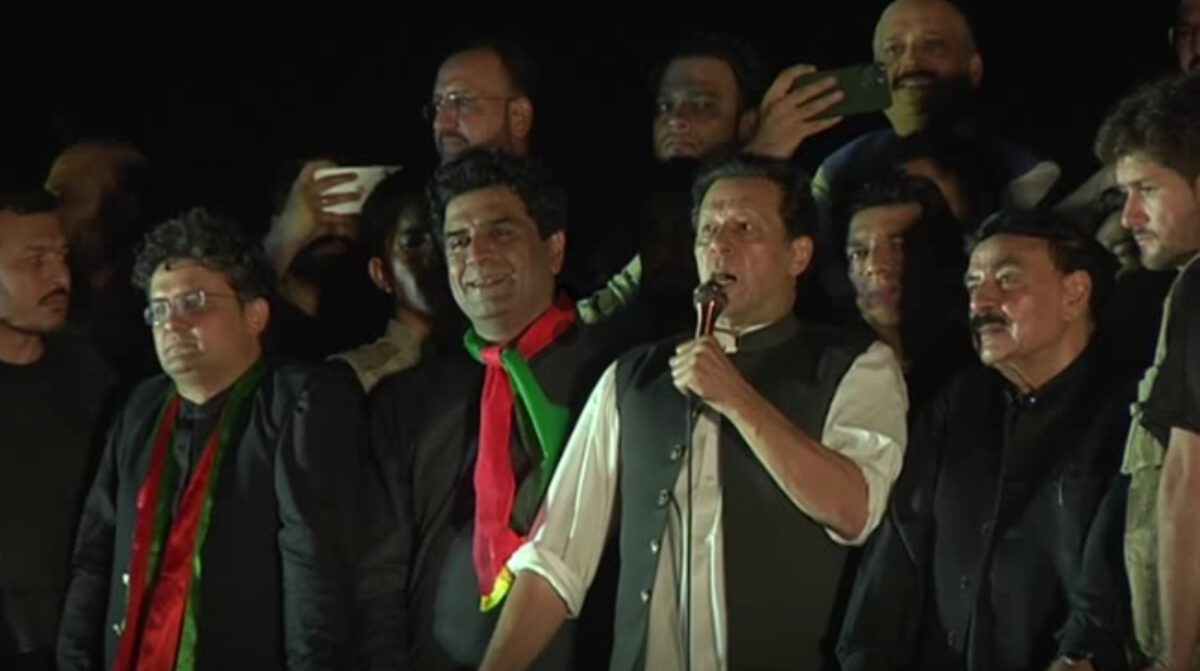 Hundreds of supporters of former prime minister of Pakistan, Imran Khan, gathered on Monday outside his house in Islamabad, vowing to prevent his arrest on anti-terrorism accusations, officials of his political party said as quoted in a report by Reuters.

The move follows a police case filed against Khan on Saturday for threatening government officials in a public speech about the alleged police torture of one of his aides, who faces sedition charges for inciting mutiny in the powerful military, according to Reuters report.

Those supporters of Khan who gathered outside his home, chanted slogans against the government of Prime Minister Shehbaz Sharif that took over after Khan’s ouster in a confidence vote in April.

“If Imran Khan is arrested … we will take over Islamabad with people’s power,” a former minister in his cabinet, Ali Amin Gandapur, said on Twitter.

Reuters reports that Islamabad police declined to confirm this.

Khan’s aide, Fawad Chaudhry, told reporters outside an Islamabad court that the party had applied for bail for the leader ahead of any arrest.

According to Reuters report, the use of anti-terrorism laws as the basis of cases against political leaders is not uncommon in Pakistan, where Khan’s government also used them against opponents and critics.

Reuters says that Saturday’s police report cited Khan’s comments that he “would not spare” Islamabad’s police chief and a female judge for the arrest of his aide.

Khan on Sunday accused the government of temporarily blocking YouTube in the country to prevent people from listening live to a speech he gave at a political rally.