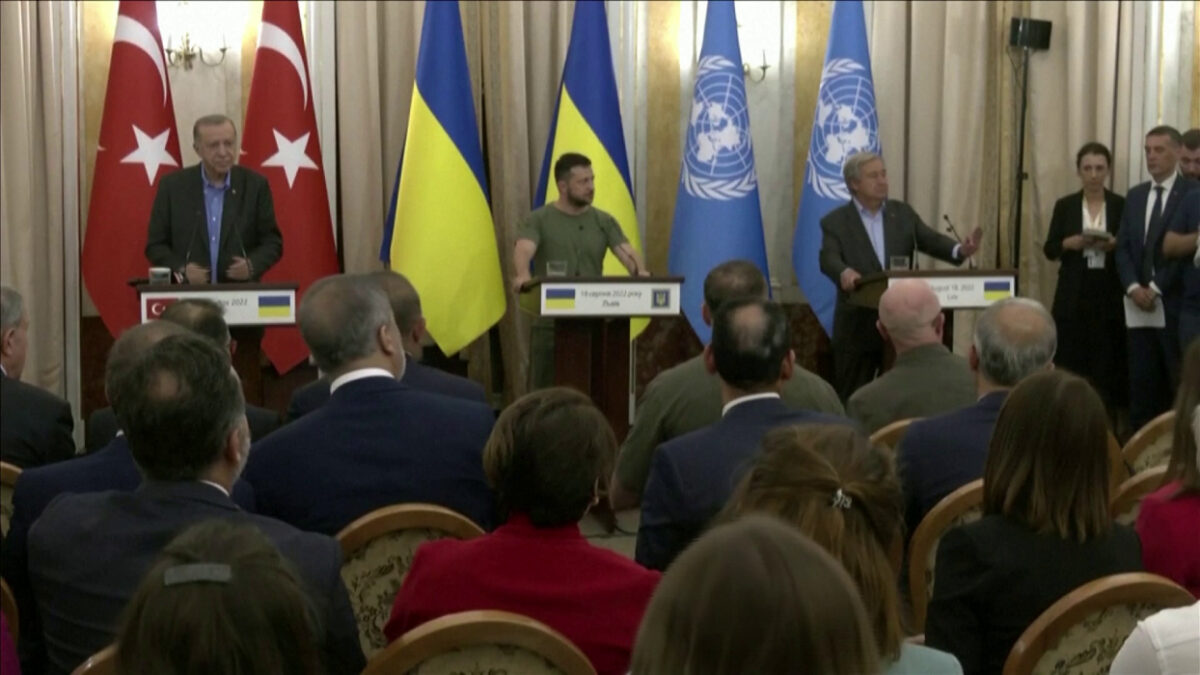 A join press conference of Ukraine and Turkey leaders along with UN chief. Screenshot from Reuters video.

Zelenskiy thanked Erdogan or the “constant support of the sovereignty and territorial integrity of our state” and Turkey for its willingness to take the recovery of Kharkiv and the Kharkiv region under its patronage.

He urged Erdogan and Guterres “to voice the strictest possible position regarding Russia’s planned pseudo-referendum in the occupied territory.”

In his nightly address, he said that such referendums would be a “slap in the face of the international community.”

“Russian officials repeat threats to Odessa and other Ukrainian cities. We see what is happening at the Zaporizhzhia NPP,” Zelenskiy said as quoted by Reuters.

According to Reuters report, Guterres said during his visit in Lviv that he was gravely concerned by the situation at Europe’s largest nuclear power station after it came under shelling at the front lines in Ukraine.