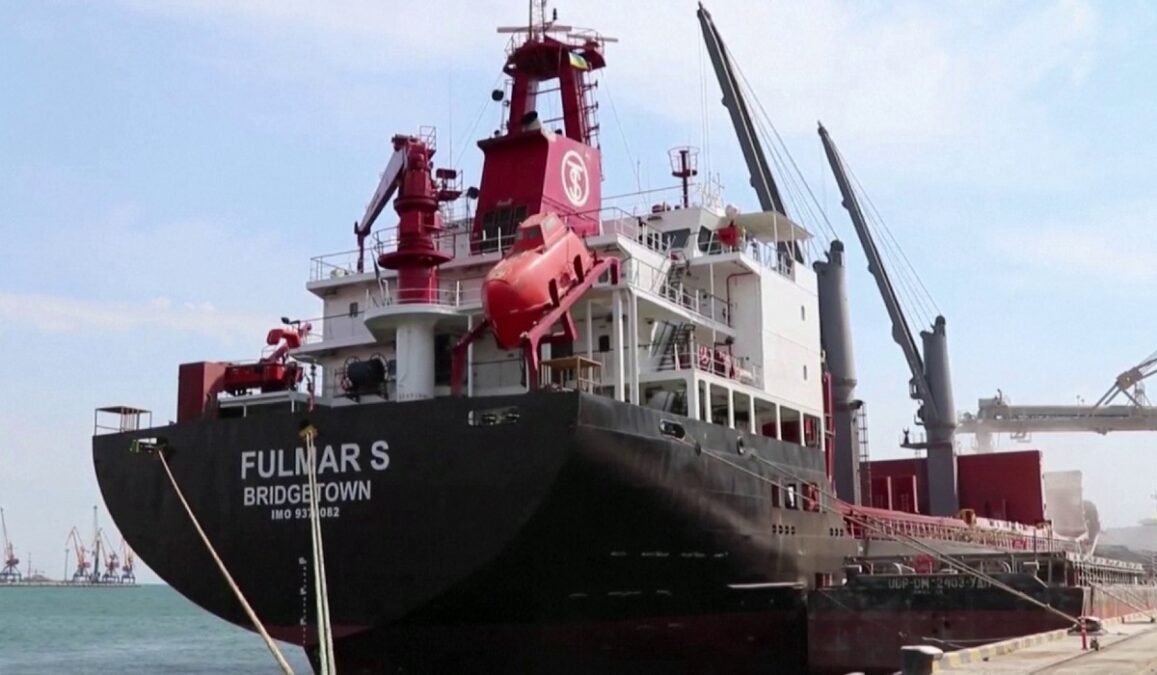 Turkey’s defense ministry said two more ships left from Ukraine’s Black Sea ports on Saturday, bringing the total number of ships to depart the country under a deal facilitated by the UN to 16.

The Marshall Island-flagged Thoe departed from the same port and headed to Turkey’s Tekirdag, carrying 3,000 tonnes of sunflower seeds, according to a Reuters report.

The statement added that another ship would sail on Saturday from Turkey to Ukraine to load grain.

Ukraine’s infrastructure ministry said on Saturday that 16 ships carrying 450,000 tonnes of agriculture products had departed from Ukrainian sea ports since early August under the deal which ensured safe passage for vessels, Reuters reported.

This comes after Ukraine, Russia, Turkey, and the United Nations signed an agreement in July, allowing the resumption of grain exports from Ukraine’s Black Sea ports after they were stalled for five months due to the war.