Taliban protest in Badghis: US attack ‘start of new a war’ 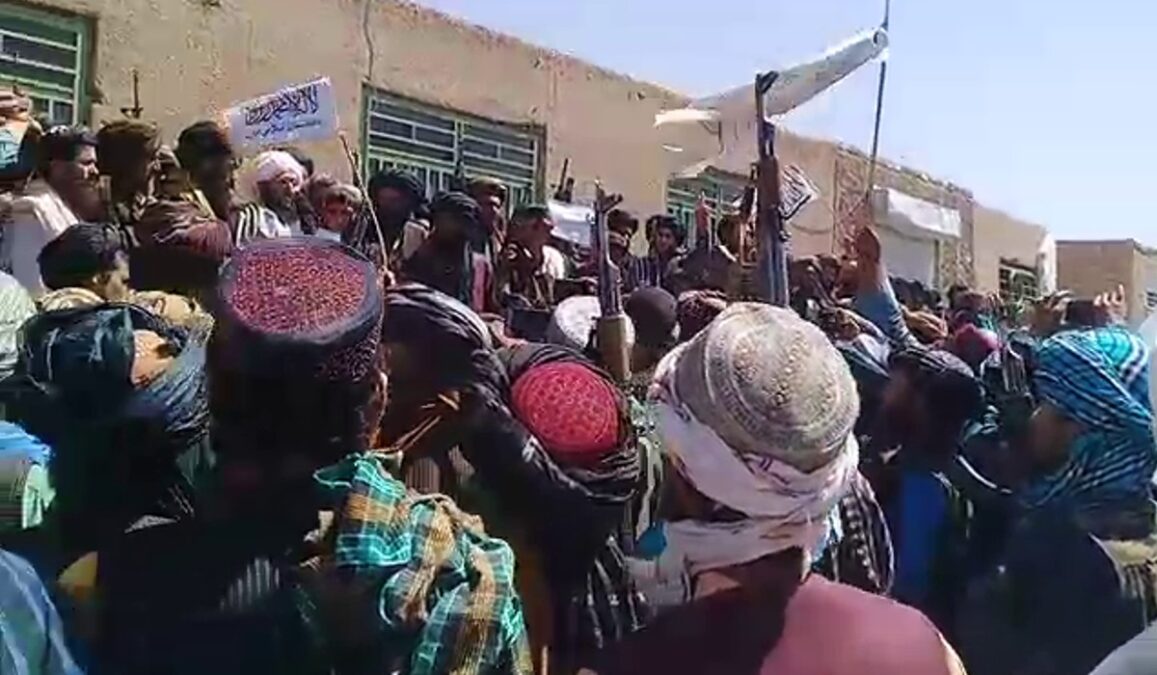 A group of Taliban members in a protest in Badghis province in the northwest of the country reacted to the US drone strike that targeted al-Qaeda leader Ayman al-Zawahiri in Kabul, saying they see it as “the start of a new war” by America.

They asked the international community to avoid misusing Afghanistan for their own interests.

In a video, a copy of which was obtained by Amu, a Taliban member reads a statement in which he asks Muslim nations to stay united and cut their political and economic ties with the US government.

The protestors said that no reaction by the UN, UNSC, Amnesty International, Human Rights Watch and other organizations to the US drone strike is “shameful.”

“This shows US’s evident enmity with Muslims in the world,” they said.

The Taliban members asked the world countries to stop supporting US and avoid misusing Afghanistan for their own interests.

They called for the support of the Islamic Cooperation Organization in creating a strong government in Afghanistan.

An audio obtained by Amu shows that a number of Taliban officials order their members to hold protests against the US. In this audio message, a Taliban member stresses the need for holding protests in a way that they look to have been held by the people, not the Taliban.

US President Joe Biden on Monday announced that al-Qaeda leader al-Zawahiri was killed in a counterterrorism operation by the United States in Kabul on Saturday.

Following the US drone strike in Kabul, the United States and the Taliban blamed each other for violating the Doha agreement. The Taliban has committed in the agreement to cut their ties with al-Qaeda and other terrorist groups. But al-Zawahiri’s presence in Kabul has created doubts about their commitment in this regard.

Taliban has not rejected the killing of Zawahiri in Kabul but has said that the group was not aware of his return or presence in the Afghan capital.

But former top US negotiator for the US-Taliban talks, Zalmay Khalilzad, said it seemed like the Haqqani network, which is an important element of the Taliban, did know about Zawahiri’s location in Kabul.

He said that other Taliban elements “may have helped” the United States pin down the most-wanted US enemy in the heart of Kabul.

The anti-US protests have been held in various provinces of Afghanistan, including Kabul, in the last two days.