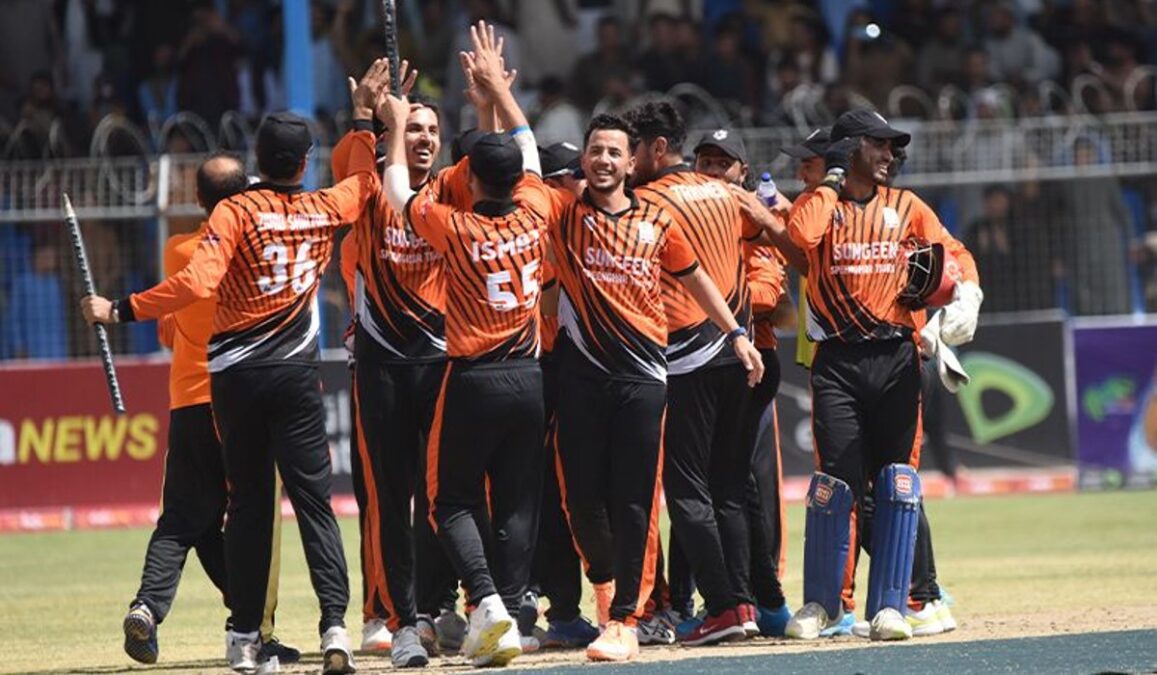 The Speenghar Tigers celebrating their win in the SCL final. August 4, 2022. Photo: ACB.

The Speenghar Tigers won this year’s Shapeegha Cricket League title for the third time by defending a total of 188 runs in the final match on Thursday to beat the Bost Defenders by 6 runs.

In this match, the Speenghar Tigers won the toss and decided to bat first.

They started well with Usman Ghani scoring 69 runs, followed by a nice little cameo from Najibullah Zadran, the man who made a quick-fire 43 runs to lift their total to 188 in 20 overs.

In reply, the Bost Defenders lost both their openers for 7 runs in the 2nd over. But skipper Hashmatullah Shahidi scored 90 runs in 55 balls to take them close to the target.

The Defenders’ Abdulrahman scored an unbeaten 31 but couldn’t get his team to a victory.

Mohammad Ibrahim and Izharulhaq Naweed of the Tigers picked two wickets each.

Meanwhile, Hashmatullah Shahidi (49 fours) won the most fours of the event award, Najibullah Zadran (26 sixes) won the most sixes award, Asmat Alam won the best catch of the event award, Hassan Eisakhil was named the Emerging player of the SCL2022, Zia ur Rahman Akbar won the Best Bowler Award, Hashmatullah Shahidi won the best batter award and Najibullah Zadran was awarded the most valuable player of the SCL2022 award, according to Afghanistan Cricket Board.

The tournament started on July 18 and after 28 matches across 15 days, the top 4 teams on the table, including the Bost Defenders, Speenghar Tigers, Kabul Eagles and the Mis-e-Ainak Knights, advanced to the playoffs.

Later, the Speenghar Tigers and the Bost Defenders found their way to the final.

With this, the Speenghar Tigers won the SLC title for the third time in its history, after winning the inaugural edition in 2013 and the 3rd year in 2015.