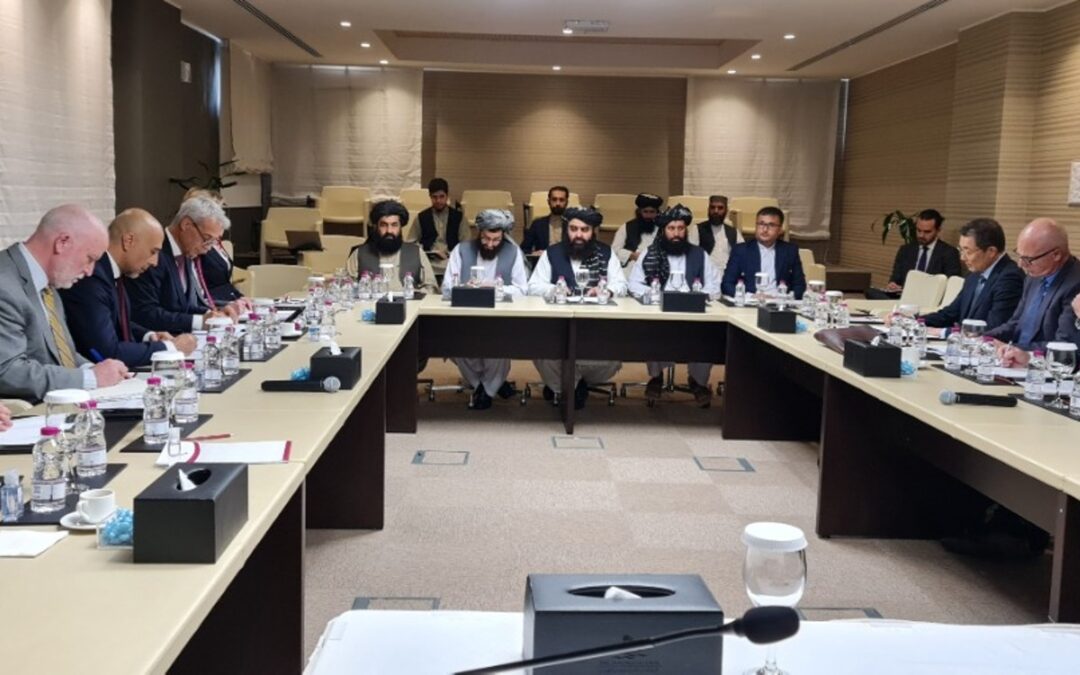 An American delegation led by Thomas West, the US special envoy for Afghanistan, held talks with the Taliban officials in Doha on June 29 and 30, with a “central focus on the Taliban’s ongoing and expanding restrictions on the rights of Afghan women and girls,” said a statement by the State Department on Friday.

“The Taliban’s ongoing and expanding restrictions on the rights of Afghan women and girls was a central focus of US officials’ engagement with the Taliban,” the statement reiterated.

It added that “the United States supports the Afghan people’s demands that girls be allowed to return to school and that women be allowed to work, contribute to the country’s economic growth, and move and express themselves freely, lines of effort that Special Envoy for Afghan Women, Girls, and Human Rights Rina Amiri is leading in coordination with her inter-agency colleagues.”

The US special envoy made clear the critical linkage between progress on the protection of Afghans’ rights and steps toward normalizing America’s ties with the Taliban, the statement said.

Also in the meeting, the statement said, the US expressed condolences for the loss of life and suffering in Afghanistan caused by recent earthquakes. The officials meanwhile outlined robust US support, including $55 million in new assistance from USAID for the delivery of life-saving shelter, sanitation, and hygiene materials for affected populations and to support the ongoing crisis across the country.

The two teams discussed the international community’s humanitarian support for Afghanistan, including over $774 million provided by the United States since August 2021.

In this regard, the United States registered concerns regarding increased interference by the Taliban in the delivery of humanitarian assistance.

Both sides agreed on the critical importance of maintaining uninterrupted access to basic healthcare throughout the country while addressing concerns regarding transparency in the delivery of services.

Regarding economic stabilization, the United States welcomed a recent payment of arrears owed to international financial institutions and discussed US support for steps to enhance the availability of afghani currency in the economy.

The two sides discussed in detail U.S. actions to preserve $3.5 billion in Afghan central bank reserves for the benefit of the Afghan people as well as steps to build international confidence in the central bank, Da Afghanistan Bank.

The two sides noted an interest in additional exchanges regarding counternarcotics, and disaster response preparedness.

The statement concluded that the Taliban reiterated their pledge to not allow the territory of Afghanistan to be used by anyone to threaten any country and that US officials expressed concern regarding the continuing presence of al-Qaida, Daesh, and other terrorist organizations in Afghanistan.