Women at Balkh University banned from traveling without male companion 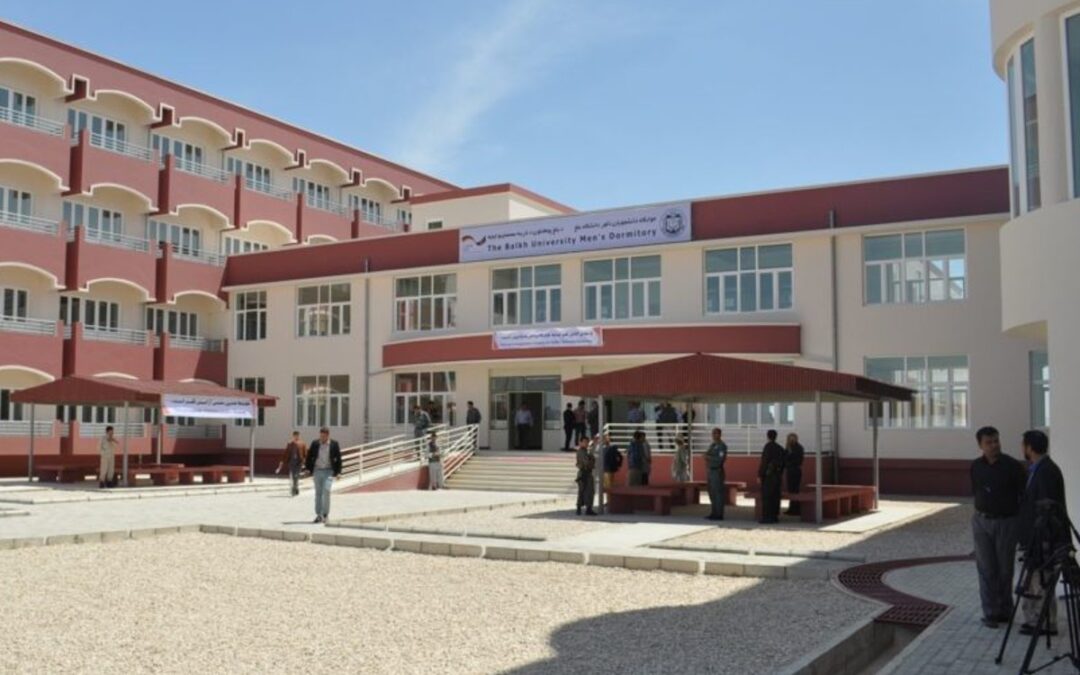 Female students at Balkh University in the north of Afghanistan were banned from leaving the dormitory by the Taliban for not having a male companion to take them to their homes which are outside the province, two sources aware of the matter said.

Many girls at the university are from other provinces and stay in at least five dormitories, the sources said. At least five of the girls who left the compound and wanted to go home alone were stopped by the vice and virtue officials of the Taliban and were asked to return to their room until a male member of their families come and pick them up, the sources added.

Yalda, an alias for a student who lives in a state-owned hostel, confirmed the incident, saying that the Taliban has not allowed dormitory girls to travel to their respected provinces without a male companion.

Yalda said that a group of female students was taken in custody by the Taliban on Friday, but they were released after mediation by professors and other students. They are back at the dormitory, she said.

“Female students have been told that no one is allowed to travel to other provinces without a male companion,” she added.

Another female student who also wished not to be named said that the issue must be addressed because they cannot ask their family members to come to Balkh and pick them up due to economic challenges they are faced with.

“Our economic condition is not at the level to ask our brother or father to come and pick us up. We hardly afford our daily expenses as students,” she said.

The limitation is not only on female students at Balkh University but a student from a government-owned dormitory in Jawzjan province, also in the north of Afghanistan, spoke about a similar issue.

Another woman who wished not to be named said that over the last two days, the Taliban has warned them not to leave the dormitory for their homes without a male companion.

The female students come from the surrounding provinces of Balkh and their families are not in Balkh or Jawzjan.

“How long should we stay here (at the hostel)?” said a female student. “Our parents don’t have the money to come this far and pick us up.”

Exact figures are not available about the number of female students in hostels but based on information from sources, at least 100 to 150 students are stationed in each of the five state-run dormitories in the city of Mazar-e-Sharif, the center of Balkh province.

A student from a state-owned dormitory in Balkh said that other limitations have also been imposed on girls.

She said that the students have been asked to cover their full body with an Islamic covering, wear black gloves and black socks and avoid using color dresses and sunglasses.

Taliban officials and the vice and virtue office did not comment on the matter.