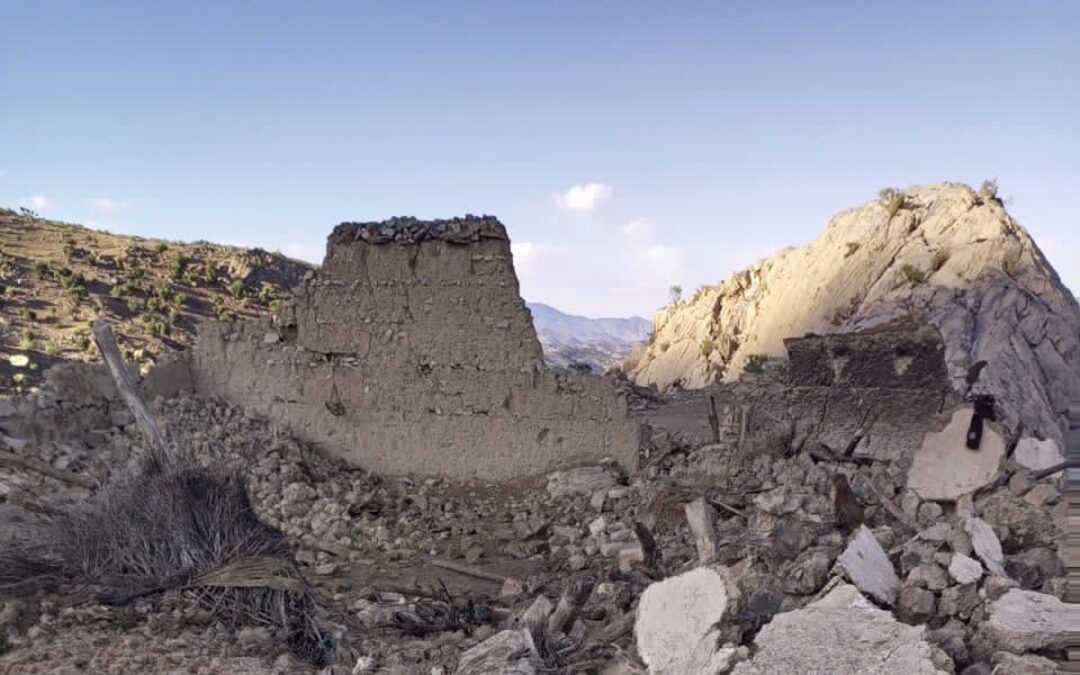 More than 1,000 people were killed and over 1,500 more were wounded in a 6.1 magnitude earthquake that struck eastern Afghanistan overnight, the country’s state-run Bakhtar news agency reported, quoting local officials.

The head of the information and culture in Paktika province, Raees Hozaifa, said that more than 1,000 people have been killed only in Gayan and Barmal districts of Paktika.

Hundreds of houses in the two districts have turned into ruins, based on photos released from the affected areas.

Rescue teams have been sent to the area to help those affected, officials said after holding a special meeting to address the incident.

In Khost, officials said, the earthquake left at least 29 dead and over 95 others wounded.

The quake struck about 28 miles southwest of the city of Khost, the center of the southeastern Khost province, the United States Geological Survey said.

The agency said that the earthquake struck early Wednesday morning at a depth of about six miles.

According to the USGS, the quake struck about 480 kilometers north-northeast of the site of a deadly 6.4-magnitude earthquake in Pakistan in 2008.

A map posted on the European Mediterranean Seismological Center’s website shows that the earthquake was also felt in Kabul, the capital of Afghanistan, and across the northern part of neighboring Pakistan.

Afghanistan has always been vulnerable to damages caused by earthquakes, especially in rural areas where many houses are not as stable as they should be.

The country is prone to quakes due to its location in a seismically active region, over a number of fault lines including the Chaman fault, the Hari Rud fault, the Central Badakhshan fault and the Darvaz fault.

Figures y the UN’s Office for the Coordination of Humanitarian Affairs show that at least 7,000 people have been killed in earthquakes in Afghanistan in the last 10 years.