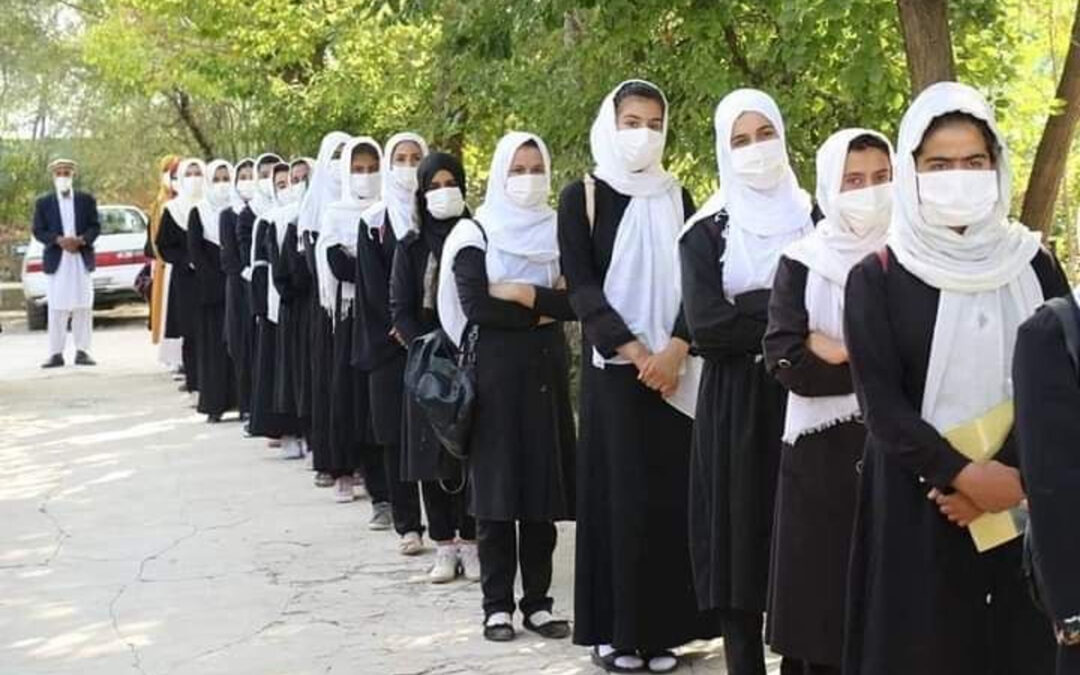 A number of Afghan religious scholars on Saturday said asked the Taliban to allow the reopening of girls’ secondary schools across the country, reiterating that the decision will impact the country’s future as education is a need for all.

Girls above grade six, usually those above 13 years old, are not allowed to return to their schools over the last 247 days after the Taliban announced the schools will remain closed, promising to introduce a new mechanism for them.

Three religious scholars from Balkh, who spoke with Amu TV, said the Taliban should reopen girls’ schools as soon as possible.

However, schools above sixth grade have been reopened in Balkh, which is an exception, and according to sources, it has been based on a decision by the governor of the province.

Asadullah, a religious scholar from Balkh, said education is an obligation for both girls and boys, men and women, and that there should be no distinction between them when it comes to learning. But female students from secondary schools said they all wear the type of hijab or covering instructed to them by the Taliban.

Abdul Wakil Akhundzada, another cleric in Balkh, said women can play a vibrant role in society and governance and they should not be deprived of education.

Hadisa, a student in 12th grade in Balkh high school, said schools in other provinces should be reopened for all girls.

“Education is our right. This right should not be violated. Other girls should also be allowed to go to school,” she said.

Nargis, another schoolgirl, said women makeup half of Afghan society and should have a good role in society.

“Girls should be allowed to go to school. For God’s sake, they should not face a dark and unclear future,” she added.

Taliban has been under pressure for not allowing girls to join secondary schools and has not made a decision on it despite harsh criticism by the international community.

Kelly Clements, the deputy head of the UN refugee agency, who visited Kabul on Friday asked the Taliban to respect women’s and girls’ rights are respected.

“We advocate for peace to return to this country, for an inclusive society where rights of all are respected, including of women and girls,” she said after visiting a girls’ school in Kabul.

Moreover, this week, Michelle Bachelet, the UN high commissioner for human rights, has accused the Taliban of depriving women and girls of their fundamental rights and freedoms and rendering them invisible in public life. Her report was submitted to the UN Human Rights Council on Wednesday.

Taliban officials have said that an eight-member group of “religious scholars” has been assigned to finalize the plan for the reopening of girls’ schools above grade six.