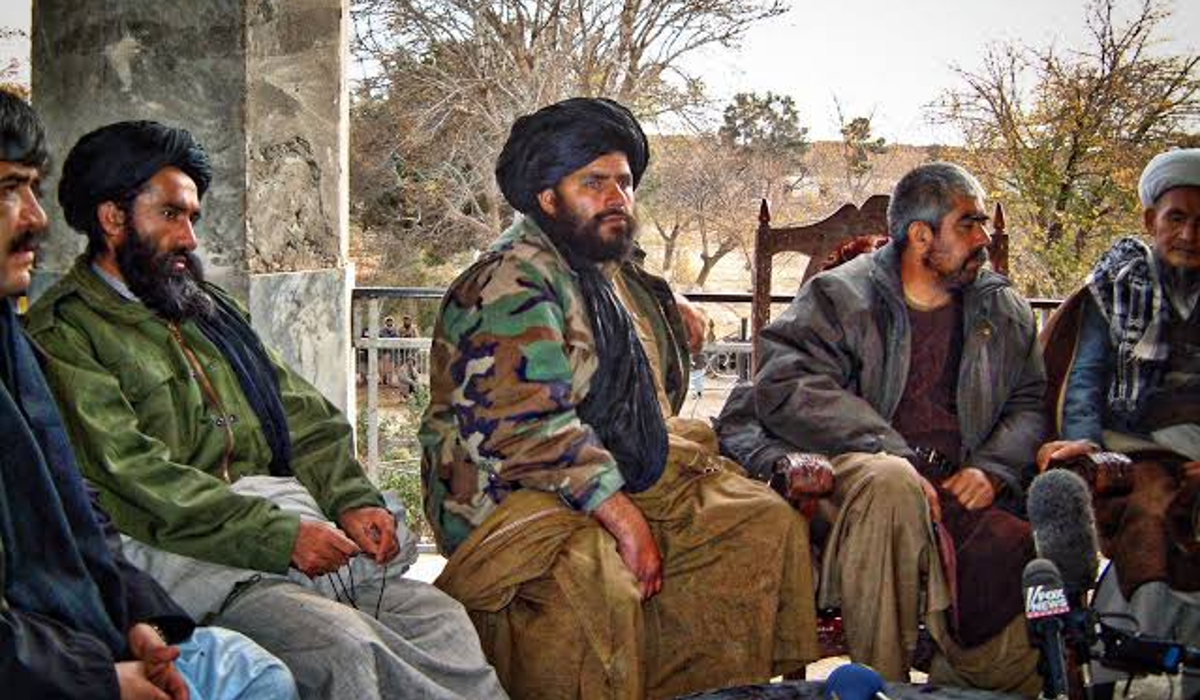 Afghanistan’s notorious former deputy president and possibly most well-known warlord, Abdul Rashid Dostum, today lives a quiet life in exile, while his once prized palace is occupied by the Taliban.

Located in the Sheberghan city of Jawzjan province, Dostum’s “palace” has been a key stronghold in terms of power in the northern region of Afghanistan for the past 30 years.

Known for its opulence, the plush residence boasts a tropical greenhouse yard, an indoor swimming pool, huge chandeliers, a Turkish steam bath and a sauna, along with countless other luxurious features.

When the Taliban took control of Kabul on August 15, 2021, Dostum’s palace also fell to the group and has since been turned into a military barracks by the group, on the orders of Mullah Fazel Mazloum, the Taliban’s deputy minister of defense.

Mullah Fazel, who was chief of army staff during the Taliban regime in the late 90s, was among the Taliban commanders who surrendered to Abdul Rashid Dostum’s forces in 2001.

Dostum was a major army commander in the communist government during the Soviet–Afghan War, and in 2001 he was the key indigenous ally of US Special Forces and the CIA during the campaign to topple the Taliban government. He was also one of the most powerful and notorious warlords for decades and had been known for siding with winners during different wars.

In a photo taken in about 2001, Mullah Fazel and another key Taliban commander Mullah Dadullah can be seen sitting next to Dostum. The picture was apparently taken inside the Qala-e-Jangi, close to Mazar-e-Sharif, where Dostum kept thousands of Taliban fighters as prisoners.

Dostum himself handed over Mullah Fazel as a prisoner of war to the US forces during the early stages of the US’s war against terrorism. Mullah Fazel was then shipped to Guantanamo where he was imprisoned for many years.

In 2014, he was one of the five senior Taliban members who was released from Guantanamo prison and transferred to Qatar by the Americans, where he became a key member of the Taliban’s political office in Doha.

Twenty years later, in March 2021, Dostum and Mullah Fazel crossed paths again – this time in Moscow during a meeting between the former Afghan government and the Taliban.

An argument broke out between the two with the media reporting it as a verbal clash. During the Moscow summit, some sources said that Mullah Fazel called Dostum a “traitor and murderer”.

Dostum however walked out of the meeting due to Mullah Fazels outburst and was markedly absent at the summit over the next few days.

After the Taliban regained control of the country, Mullah Fazel visited Dostum’s palace in Sheberghan city and renamed the residence “Qasr-e-Millat (People’s Palace). Ironically, members of the public are not however allowed to visit the palace.

Soon after the collapse of Jawzjan province to the Taliban in 2021, a photo was circulated on social media of a Taliban fighter wearing Dostum’s military uniform. Many social media users, who shared the photograph, stated that “power does not last forever”.

Although the Taliban renamed the Palace “Qasre-e-Millat”, a number of residents told Amu TV that no one is allowed to visit the palace.

A resident of Jawzjan said on a condition of anonymity that “the Taliban only allow their forces to enter this palace. Many of its gates and shutters are broken, the seats that were used for conferences are filled with dirt, and no one is paying attention to the palace. Almost all the equipment and fixtures of the palace are being destroyed.”

How was Dostum’s Palace built?

The palace was built 30 years ago at a hefty cost and it took three years to complete. Bashir Ahmad Tahyanj, a close figure to Dostum, said: “Junbish-e-Milli [party] was very rich at that time, and there was no calculation of how much money was spent [in the construction of the palace].”

Tahyanj said that the palace was constructed between 1992 and 1994 and “the revenue from the ports of Aqina and Hairatan was used [to build the palace].”

At that time, forces loyal to Dostum used to control the ports and Dostum was one of the key parties involved in the civil wars. He also controlled large parts of the northern provinces of Afghanistan.

The palace was built on 15 acres of land and according to Tahyanj, a mosque, nine small halls, and a large conference center that can hold more than four thousand people were also built inside the palace complex.

He said the Taliban “looted and stole” everything in the palace.