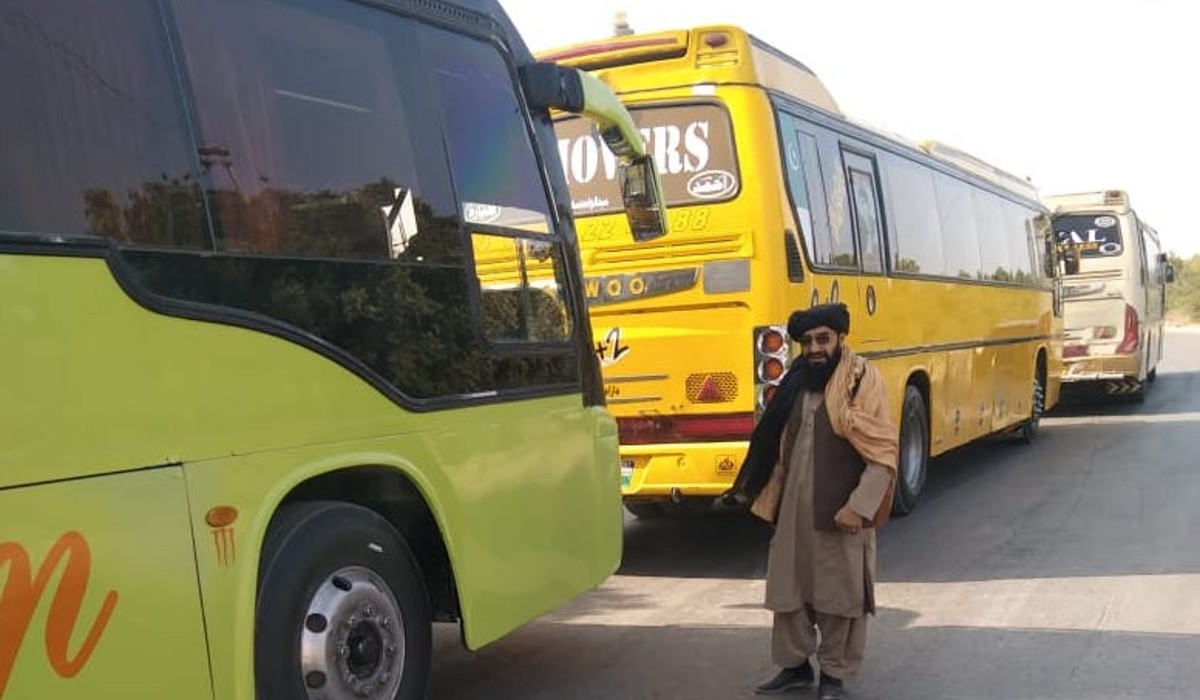 A busy carrying refugees from Afghanistan who were released from a prison in Karachi on Saturday, Jan. 7.

Pakistan on Monday released another batch of Afghanistan’s citizens who were jailed in Pakistani prisons in recent months.

The Taliban-run embassy in Islamabad said that 303 people, including 63 women and 71 children, have been released from Pakistani prisons.

The embassy those released were sent back to Afghanistan.

A number of refugees from Afghanistan have voiced concern over the mistreatment of refugees by Pakistani police.

They said that situation of refugees in Pakistan is alarming.

A number of Afghans who sought refuge in Pakistan following the return of the Taliban to power told Amu on Saturday that one of their biggest problems is their visas have expired.

Zabihullah, who worked for foreign institutions in Afghanistan, fled to Pakistan after the Taliban came into power in 2021.

“My documents have expired and I am in a bad situation. I don’t have a work permit. Police are chasing us, we can’t go to Afghanistan either. We ask the international organizations for migration to pay attention to the situation of Afghan refugees and put pressure on the government of Pakistan to stop harassing refugees,” he said.

They also claimed that they were denied access to all public services including work, education, and health services in Pakistan.

Najibullah Ziyaee, a refugee who resides in Pakistan and his family, said that they have no access to public services and that restrictions on migrants are increasing every day.