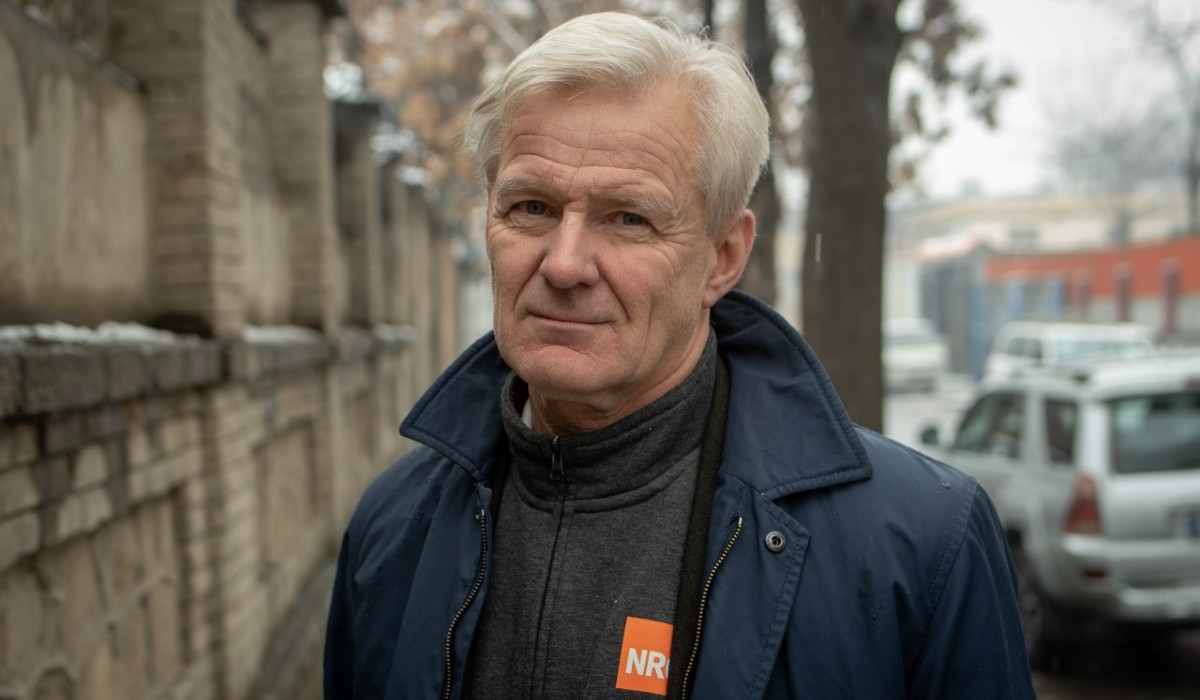 The Taliban’s “internal debates and extreme decrees” are paralyzing humanitarian work in Afghanistan, the head of the Norwegian Refugee Council said on Sunday after arriving in Kabul for a week-long trip.

In an interview with The Associated Press, Jan Egeland, the secretary-general of the Norwegian Refugee Council, said the aim of his trip is to talk to the Taliban about reversing the ban on women working for national and international non-governmental groups (NGOs).

Egeland is the first NGO chief to visit Afghanistan for talks with the Taliban since the ban came into effect more than two weeks ago.

Following the ban, numerous aid agencies have paused activities in the country stating they are not able to conduct their operations without female staff. Aid organizations, foreign governments, and the United Nations all say women are vital for the delivery of lifesaving assistance in Afghanistan and are calling for the ban’s reversal.

Many groups have however warned of dire and deadly consequences for a population already battered by decades of war, deteriorating living conditions and economic hardship.

Egeland said that he was meeting Taliban leaders in the capital of Kabul and in the southern city of Kandahar, the birthplace of the Taliban movement and the base of the group’s supreme leader Hibatullah Akhundzada.

Egeland has already met the economy minister, who initially announced the ban and other Taliban officials. Egeland indicated that those in Kabul were more willing to contemplate women returning to work because of their crucial role in delivering humanitarian aid.

“They all say that they want us to continue work and hope we will continue without females,” Egeland said in an interview Sunday at his group’s Kabul office. “But when I say we’re not willing or able to work with males only, they (Taliban officials) realize that the population is totally dependent on international assistance at the moment, food, shelter, sanitation.”

Women are needed to contact women, including female-headed households and widows, he said. Aid agencies say it is impossible for men to do this work because of Afghanistan’s social and cultural norms as well as the Taliban’s own prohibitions against the mixing of genders.

Separately, two aid officials told AP that they were given the impression by Taliban ministers in Kabul that they want women to resume their work at NGOs but that this decision lies with the leadership in Kandahar.

Egeland said the economy minister “sent us the message given by the supreme leader that we had to discontinue all work.” He said he is traveling to Kandahar because “it is there that the ideological and religious decrees come from.”

“The (Taliban’s) internal debates and extreme decrees have paralyzed our work,” Egeland said, adding that it was impossible to meet the supreme leader in Kandahar but he hoped to influence those around him.

Two weeks after the ban, it remains unclear how comprehensive it is, and some groups have reported that they are able to continue their work.

“Can this be a religiously activated ban if some (women) are working and some are not? It’s not thought through at all,” Egeland said. “We can’t work with males only because we can’t follow their (the Taliban’s) rules and regulations.”

The Norwegian aid chief said the group’s female staff have complied with the Taliban’s dress codes, gender segregation rules and even the need to have a male chaperone on certain occasions. The damage caused by the ban will become worse the longer it continues, he warned, saying malnutrition and death is rising and maternal health is plunging.

On his trip, Egeland is also due to meet officials from embassies of Muslim-majority countries, such as Qatar and Saudi Arabia, who retain a diplomatic presence in Afghanistan and have condemned the Taliban crackdowns on female education and employment.

Despite initially promising a more moderate rule, the Taliban have widely implemented their interpretation of Islamic law, or Sharia.

They have banned girls and women from middle school, high school, and university, restricted women from most employment and ordered them to wear head-to-toe clothing in public. Women are also banned from parks and gyms.

Egeland said he was in Afghanistan shortly after the Taliban takeover in August 2021.

“All these promises were made. We were misled. What I would say is that the Taliban decrees on female workers, on education for girls is so wrong for Afghanistan, for the population, for the future, for the economy.”

He urged the West to send their diplomats back to Afghanistan to engage with the country’s new rulers because the population were the “same 40 million citizens they left behind.”

The Norwegian Refugee Council has worked in Afghanistan since 2003 and employs 470 women. It helped more than 840,000 people last year and was intending to help 700,000 this year, the group said.