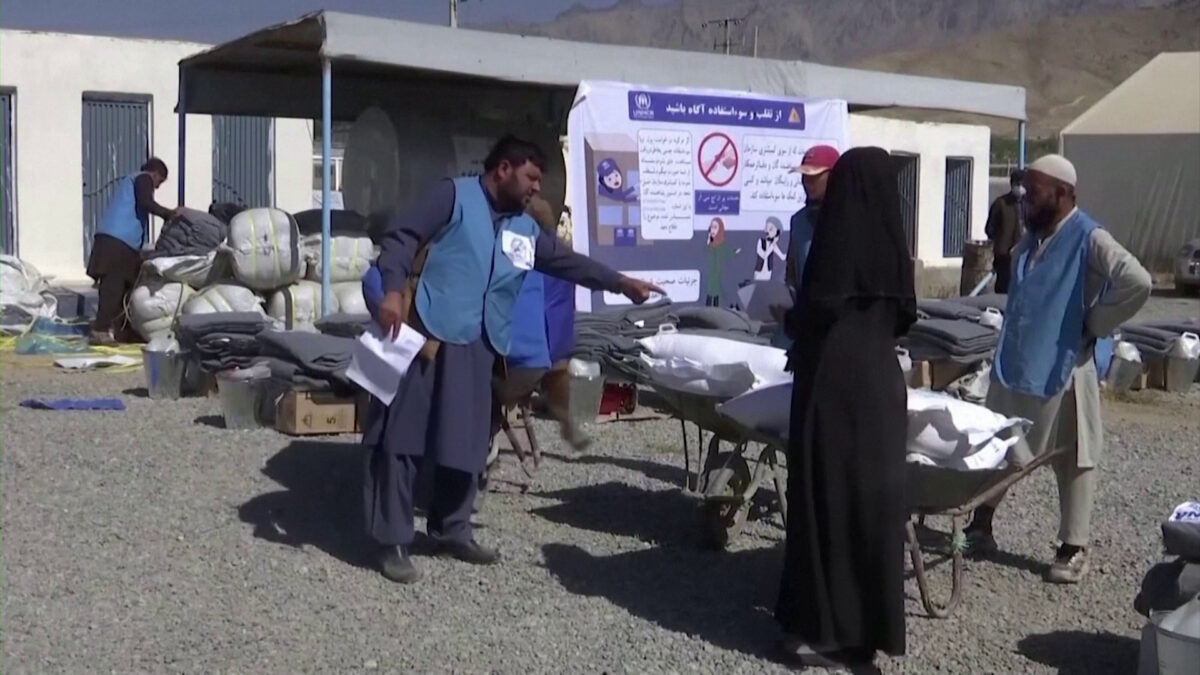 As the ban on women aid workers in Afghanistan continues amidst the pause in the operations of humanitarian organizations, the International Rescue Committee (IRC) on Thursday called for United Nations’ role to find a path that ensures women aid workers can work safely and effectively.

Taliban’s ban on women aid workers has led to the closure of at least four major humanitarian organizations in the country.

“IRC urges the UN to engage the de facto authorities in a practical and coordinated manner to secure a path towards the status quo ante in which female aid workers can safely and effectively work, and all Afghans can access the lifesaving humanitarian assistance they desperately need and to which they are entitled,” IRC said in a statement.

IRC, which has stopped its operations in Afghanistan, said the Taliban’s recent and ongoing ban on female NGO workers in Afghanistan comes at a dangerous moment as winter conditions set in on a population already devastated by decades of conflict and an unprecedented economic collapse.

“The role of women in the humanitarian sector in Afghanistan, and in all contexts in which we work, is an operational necessity,” IRC reiterated.

The organization said its ability to reach those most in need and deliver in the hardest-to-reach areas is intrinsically linked to our staff.

“82% of female-headed households in Afghanistan are food insecure—32 percentage points more than male-headed households,” IRC said. “Without female staff at all levels and across all sectors, we cannot deliver principled, needs-based aid and programs at scale for those hit hardest by this crisis.”

According to IRC, the challenges hold true for every sector of the humanitarian response, not only for programs related to protection, gender-based violence and women’s empowerment.

“Because our ability to reach all Afghans in need relies on female staff at all levels of our organizations, IRC has paused programs in Afghanistan,” the organization said. “In the last year, we have supported over six million Afghans. This means with each day our programs cannot be delivered tens of thousands of vulnerable Afghans face even more hardship.”

IRC said it is committed to restarting its programs in Afghanistan once the issue is resolved.

“In the interim, to avoid undue suffering and loss of life, IRC is proactively seeking permission from the de facto authorities and IRC staff will get back to work, in a phased, sector-by-sector manner if necessary, as approvals for female aid workers are granted and their safety is assured,” IRC said.

Taliban’s decision to ban women from working in NGOs has triggered global reactions. The group has also banned women from attending universities.