Taliban’s ban on women working for NGOs was a ‘reckless and dangerous edict’: Ned Price 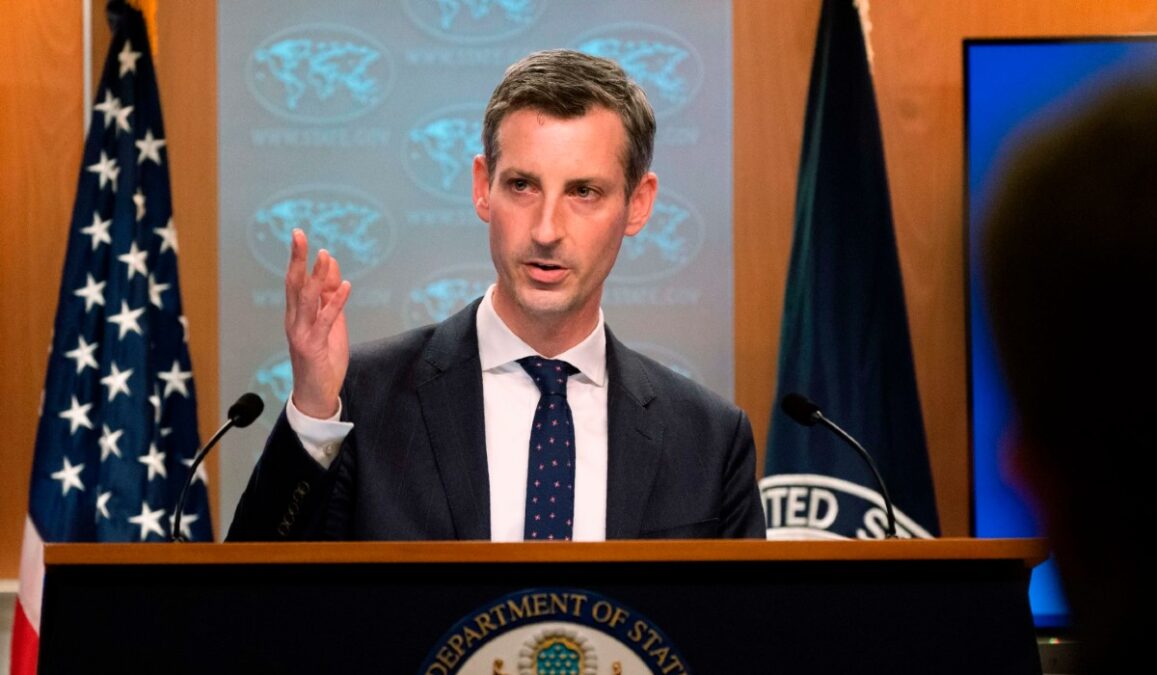 US State Department Spokesman Ned Price on Tuesday said the Taliban deliberately chose December 24, Christmas Eve, to announce the “reckless and dangerous edict” on women working for NGOs, in the hope that the United States and its partners would have been distracted by the holiday and slow to respond.

He also said the Taliban continue to demonstrate their contempt for the welfare and the rights and freedoms of the people in Afghanistan, particularly women and girls, and their disinterest in normal relations with the international community.

He said however that the US was “very clear and very swift in condemning this outrageous decision.”

He said the Taliban’s decision puts at risk millions of people in Afghanistan who depend on humanitarian assistance for their very survival. “We call on the Taliban to urgently reverse this harmful decision. We are monitoring the evolving situation very closely, the impacts that this edict has had and may potentially yet have, and we’re in constant contact with UN and NGO partners on the state of their operations in Afghanistan.”

Price stated that women are central to distributing aid in Afghanistan and until now only female aid workers have been able to reach some of the most vulnerable people inside the country. “Women must work at NGOs. They must be in a position to do so, so that millions of Afghans can receive food, medicine, winterization materials, again for their very survival,” he said.

He noted that the ban has already had a significant impact on the delivery of lifesaving assistance to millions and has forced at least 11 NGOs to suspend operations.

“The Taliban continue to demonstrate their contempt for the welfare and the rights and freedoms of the Afghan people, particularly women and girls, and their disinterest in normal relations with the international community,” he said.

Price went on to say the US is “committed to helping to alleviate the suffering of the Afghan people, who are the victims of the Taliban’s own harmful policies, and we are looking at what specific consequences can be labeled – can be levied against the Taliban to register our condemnation – again, doing so in coordination with allies and partners.”

According to Price, the Taliban made commitments to the international community and to the people of Afghanistan but it is the pledges to the people that the US cares “about most”, adding that while the US condemns the Taliban’s moves, Washington will be “very careful not to do anything that could further imperil the humanitarian well-being of the Afghan people.”

On the issue of Pakistan’s latest statements regarding the Taliban providing sanctuary to the Tehreek-e-Taliban Pakistan (TTP) militant group, Price said the people of Pakistan have suffered enormously from terror attacks and that the country “has a right to defend itself from terrorism.”

Again he pointed out that the Taliban had failed to uphold its commitment to ensure “that Afghan soil is never again used as a launchpad for international terrorist attacks.”