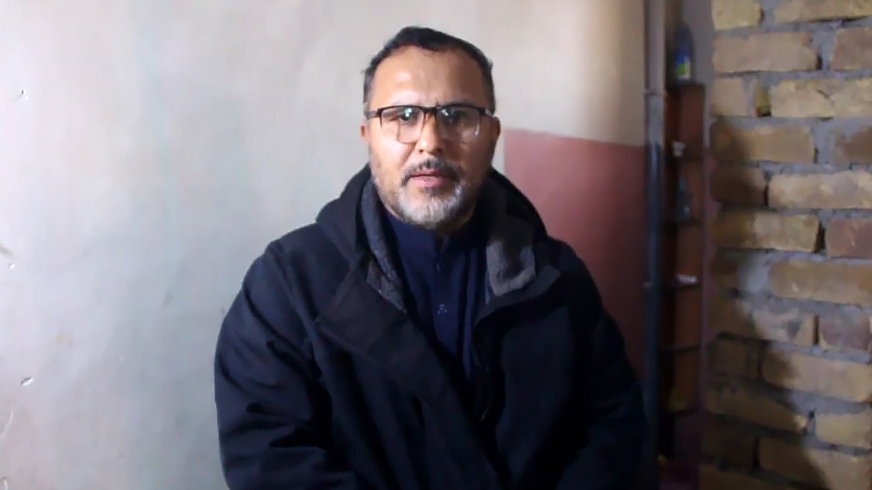 Ehsanullah Sharifi, a former reporter for Kunduz National TV, said last week a number of unknown armed men broke into his home while he was taking two of his children to school and, using a gun and a piece of wood, beat up his wife and another two of his children.

“I took two of my sons, who are ten and seven years old, to the educational center at 8 o’clock in the morning and after that, I went to the city. About half an hour or 40 minutes later, I got a call telling me to come home quickly, that armed men entered my house and beat up my wife and children with a piece of wood. When I got home, my wife and children were covered in blood,” Sharifi said.

Sharifi added that he was shocked and said: “When I arrived home a lot of people were gathered outside, I entered my home and saw my wife and children covered in blood. It was difficult to bear the situation.”

“I asked my neighbors who the attackers were, and they didn’t know either, they only told me that there were four people, of whom two entered the house and the others stayed outside the gate to monitor around the house,” he said.

He added that the men hit his wife over the head with a gun and a piece of wood and that his wife and children were “taken into the bathroom and their hands and feet were tied up. They are in a serious condition.”

Sharifi stated that his children are now dealing with psychological problems.

“My two children, one is a boy and the other is a girl, are dealing with psychological and mental problems, and they are currently under the treatment of psychiatrists, and the doctors discharged my wife from the hospital because it was noisy there. They (doctors) told me to take her to a quiet place because her brain had been damaged, we brought her home but she has not yet recovered,” he said.

Sharifi had no idea what the motive behind the attack was and said: “I was busy with the treatment of my wounded [wife and children] and did not get a chance to inform the security agencies. But my brother informed them and they came to investigate but have not reached any results.”

Sharifi said that he had no personal dispute with anyone. “I worked in the media for almost 12 years, and now I have lost my job. I have no idea what the intention or purpose was of these people who entered my home and committed this crime.”

He added: “It was around 08:30 and I saw the attackers leaving my brother’s house. I ran toward them when they came out of the house to see what happened. I noticed that the men were armed and I was scared; therefore, I didn’t go towards them, and they got on their motorcycles and left [the area].”

“When I entered the house. I saw my brother’s wife covered in blood and her two children had their hands and mouths tied. I quickly called my brother and then I went to the district police command to inform them,” Wahab said.

After the Taliban took control of Afghanistan, several Afghan journalists were arrested, threatened, and tortured by Taliban intelligence in Kunduz province. However, this was the first time that the family members of a journalist had been tortured in the province in the last 16 months.