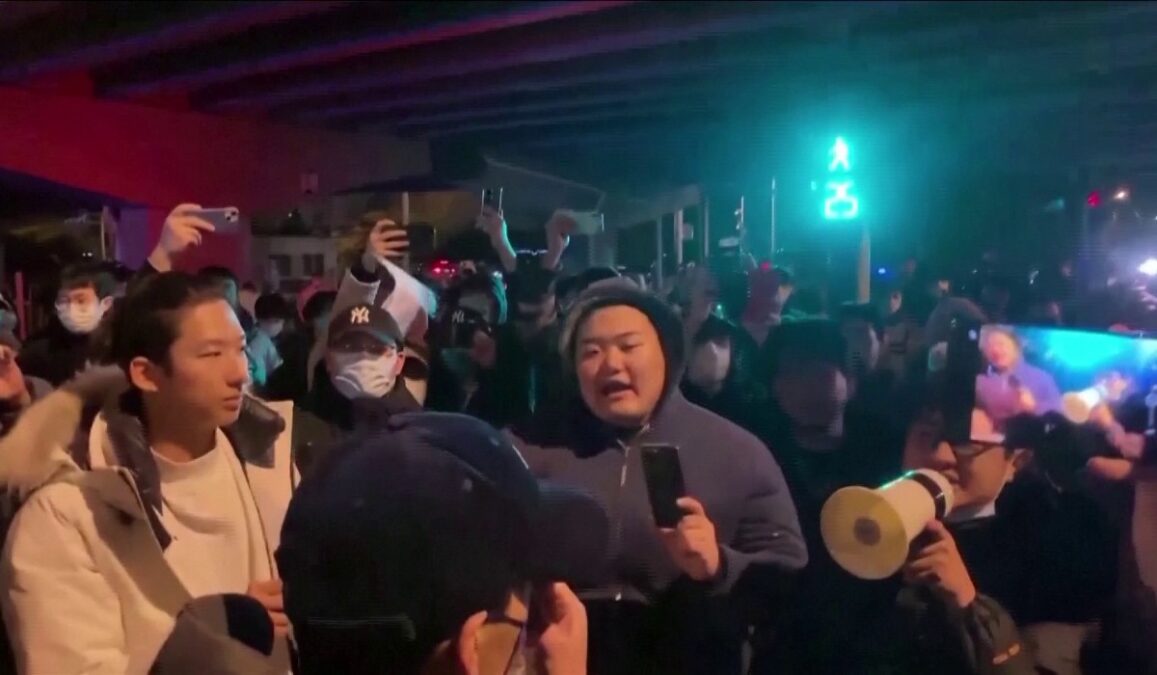 Amidst a rate wave of protests in China, several protestors shouted the normally unspeakable – for China’s ruling Communist Party and its leader Xi Jinping to step down.

“We don’t want to oppose any party, we don’t care what it is,” one lead protester said into a loudspeaker. “Don’t get people too riled up, okay? Don’t be incited.”

The matter was raised in various forms across the country over the weekend, according to social media posts and accounts from witnesses, as protesters fed-up with Xi’s zero-COVID pushed the boundaries by speaking for change in a country where space for dissent has narrowed dramatically under Xi’s increasingly authoritarian rule.

“We want freedom, not lockdowns,” was a common chant during the weekend.

Though to be sure, Xi has championed the zero-COVID policy, so even focused criticism of just the COVID curbs is also criticism of his leadership, analysts say.

“We actually over the weekend got a taste of some of the disagreements, differences of opinion might exist within the Chinese society if it could speak openly,” John Delury, professor of Chinese studies at Yonsei University, said as quoted by Reuters.

What has happened in the past few days, direct public criticism of Xi or the Communist Party is exceedingly rare in China.

“The average Chinese person knows it’s extremely dangerous to question the rule of the Communist Party or Xi Jinping by name in any public context,” said Delury.

“There’s a very strict regime of censorship that relies a lot on self-censorship, but the iron hand of repression is there to enforce it,” he said.

Many of the anti-lockdown demonstrators made a point of engaging in sympathetic conversation with the police.

Demonstrators have also stressed that “foreign forces” or “organization” was involved in their movements and that those who attended did so spontaneously.