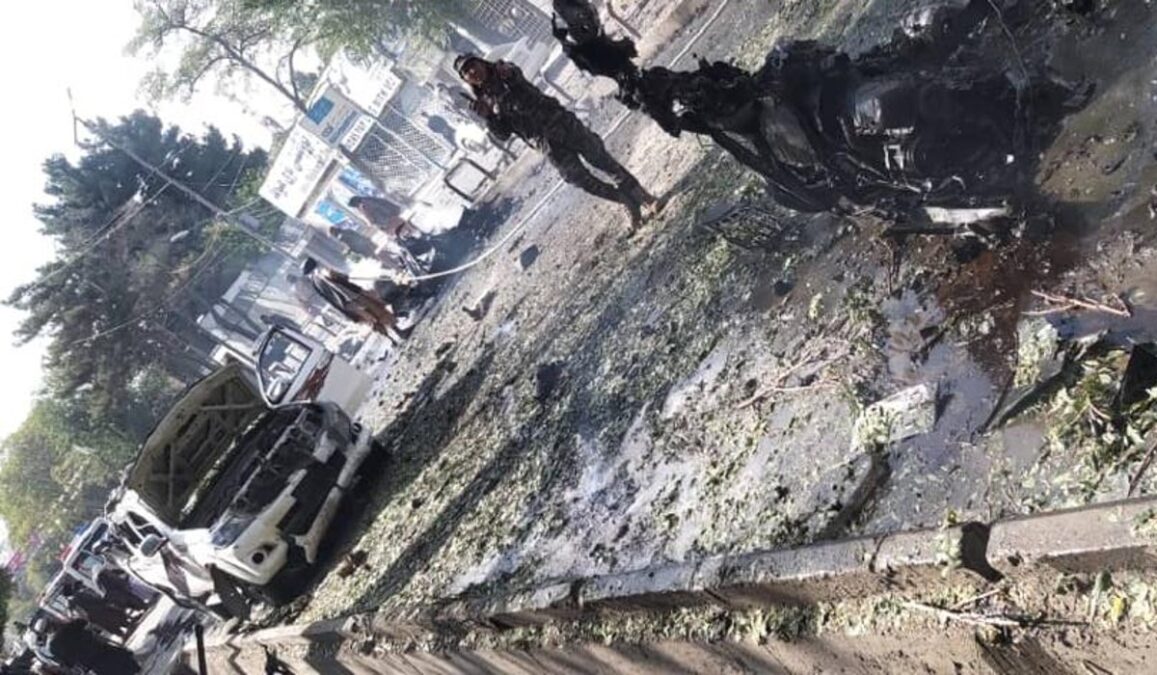 Aftermath of a blast near Wazir Akbar Khan Mosque in Kabul.

The explosion was a car bomb attack, sources said, but the Taliban is yet to confirm the type of the blast.

The explosion happened when worshippers were leaving the mosque after Friday prayers.

The area was cordoned off by the Taliban right after it happened. Footage after the attack shows plumes of smoke coming out of the blast scene.

The Emergency Hospital in Kabul said 14 casualties, including four dead and 10 wounded, have been taken to the health facility after the deadly blast near Wazir Akbar Khan Mosque.

A source from the Taliban said that at least seven people were killed and more than 40 others were wounded in the car bomb attack near Wazir Akbar Khan Mosque in Kabul.

The source said that casualties may rise.

UN office in Afghanistan and former president Hamid Karzai condemned the blast as a terrorist attack and said it is against the values of Afghanistan’s society.