The union of filmmakers and actors has resumed its activities after months of pause with the hope to revive the nascent film industry that needs many efforts to improve.

The union this week selected actor Sayed Farhad Wahdat to lead the efforts and take a step forward in the industry.

“Previously, Baghlan had 200 actors, filmmakers, and directors, and a few of them were women, but now, the Taliban has not allowed women to work in this industry,” said Wahdat.

Another issue is the lack of financial support to the filmmakers and the film industry, which has existed in the past, he said.

The film industry has a four-decade past in Baghlan, during which it has had good achievements. But the province has no cinema hall as the only hall in the city of Pul-e-Khumri, the center of Baghlan, was turned into a parking space for vehicles in 2017.

Actors said the cinema hall was captured by land grabbers and their efforts to recover the place have failed so far.

Filmmakers in Baghlan said they hope to get permission from the Taliban for the reactivation of the cinema hall.

The film industry was improving under the previous government despite the lack of support filmmakers faced, but their activities have significantly decreased over the past year after the fall of the republic government. 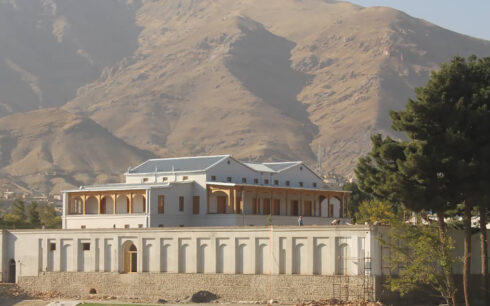