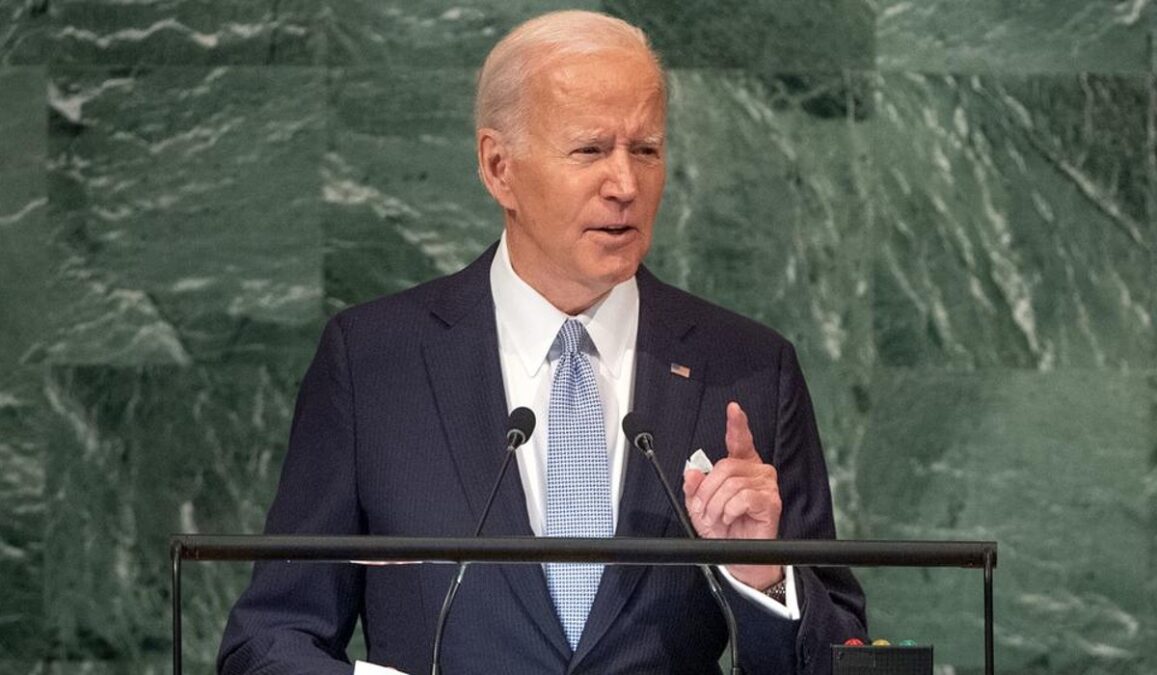 US President Joe Biden in his address at the United Nations on Wednesday said that Russia has “shamelessly violated the core tenets” of the international body with its war in Ukraine as he called nations around the globe to stand firm in backing the Ukrainian resistance.

Biden said reports of Russian abuses against civilians and its efforts to erase Ukraine and its culture “should make your blood run cold.”

He referenced Putin’s announcement Wednesday that he had authorized a partial mobilization of reservists, a deeply unpopular step that sparked protests in Russia.

He said President Vladimir Putin’s new nuclear threats against Europe showed “reckless disregard” for Russia’s responsibilities as a signer of the Treaty on the Non-Proliferation of Nuclear Weapons.

“A permanent member of the UN Security Council invaded its neighbor, attempted to erase a sovereign state from the map. Russia has shamelessly violated the core tenets of the UN charter,” Biden said.

He called on all nations, whether democracies or autocracies, to speak out against Russia’s “brutal, needless war” and to bolster’s Ukraine effort to defend itself.

“We will stand in solidarity against Russia’s aggression, period,” Biden said.

Biden highlighted the consequences of the invasion on the world’s food supply, pledging $2.9 billion in global food security aid to address shortages caused by the war and the effects of climate change.

The US president expressed his concerns about the human rights situation in Xinjiang, Burma Afghanistan and Iran and said that women and girls face increasing pressure from the Taliban.