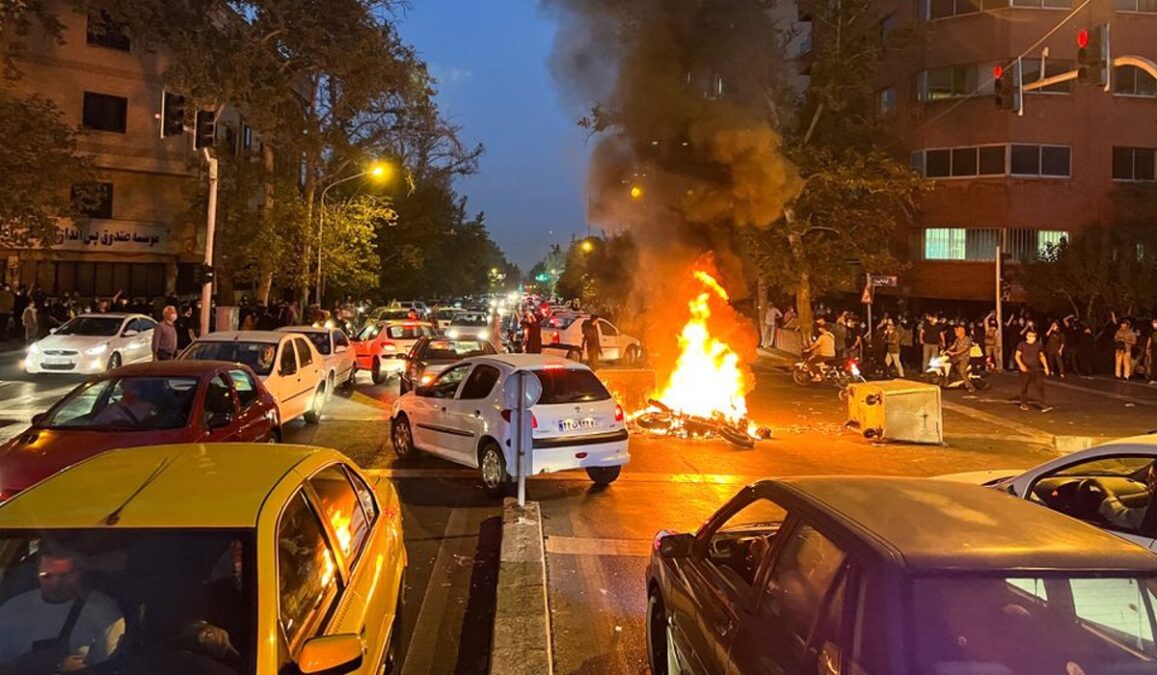 Three people including a member of the security forces were killed during unrest in Iran as anger at the death of a woman in police custody fuelled protests for the fifth day, Iranian authorities said as quoted by Reuters.

Rights groups reported at least one more person was killed on Tuesday, which would take the death toll to at least seven, according to a Reuters report.

The death last week of 22-year-old Mahsa Amini, who was arrested by morality police in Tehran for “unsuitable attire,” unleashed simmering anger over issues including freedoms in the Islamic Republic and an economy reeling from sanctions.

Protests have extended to most parts of Iran following the Saturday protest at Amini’s funeral in Iran’s Kurdistan province.

Supreme Leader Ayatollah Ali Khamenei did not mention the protests – some of Iran’s worst unrest since street clashes last year over water shortages – during a speech on Wednesday commemorating the 1980-88 Iran-Iraq war.

According to a Reuters report, a top Khamenei aide paid condolences to Amini’s family this week, promising to follow up on the case and saying the Supreme Leader was affected and pained by her death.

The official IRNA news agency said a “police assistant” died from injuries on Tuesday in the southern city of Shiraz.