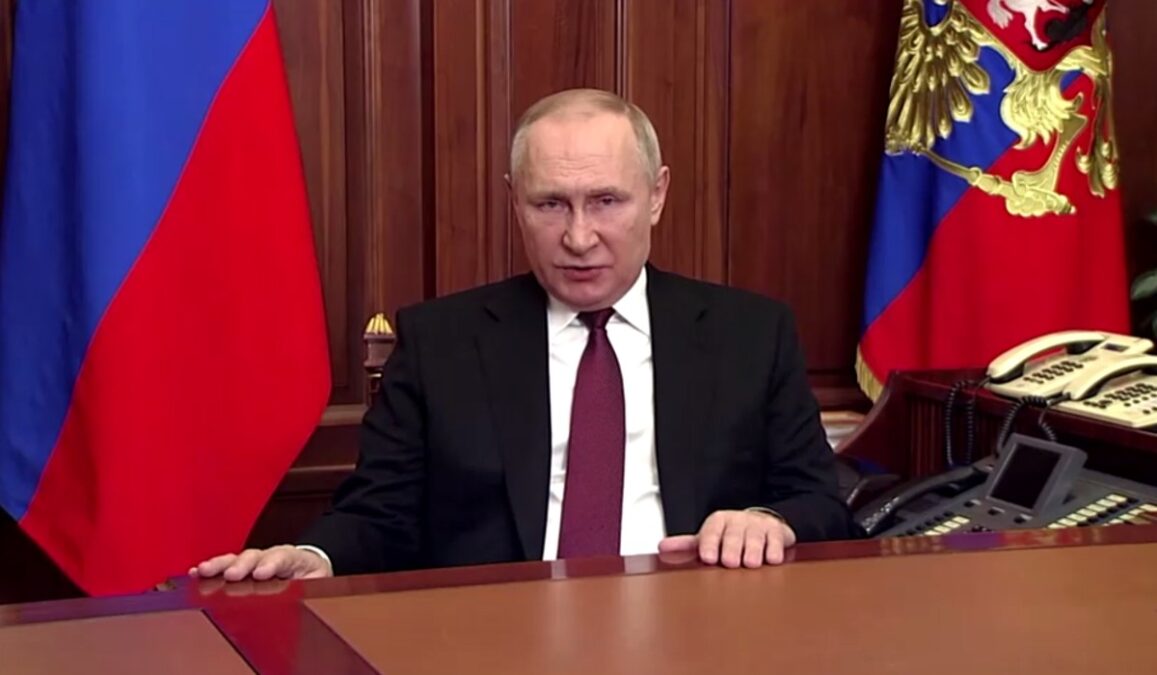 President Vladimir Putin on Wednesday ordered Russia’s first mobilization since World War Two and warned the West that if it continued what he called its “nuclear blackmail” Moscow would respond with the might of all its vast arsenal.

“If the territorial integrity of our country is threatened, we will use all available means to protect our people – this is not a bluff,” Putin said in a televised address to the nation, adding Russia had “lots of weapons to reply.”

Quoted by Reuters, Russia’s defense minister said the partial mobilization would see 300,000 reservists called and up would apply to those with previous military experience.

“Clearly it’s something that we should take very seriously because, you know, we’re not in control – I’m not sure he’s in control either, really. This is obviously an escalation,” British foreign office minister Gillian Keegan told Sky News.

According to Reuters report, Ukrainian presidential adviser Mykhailo Podolyak said Russia’s mobilization was a predictable step that would prove extremely unpopular and underscored that the war was not going according to Moscow’s plan.

Putin said the partial military mobilization of its 2 million-strong military reservists was to defend Russia and its territories, arguing the West did not want peace in Ukraine.

He said Washington, London, and Brussels were pushing Kyiv to “transfer military operations to our territory” to “complete plunder our country.”

Ukraine’s military has sporadically struck targets inside Russia throughout the conflict, using long-range weapons supplied by the West.

“Nuclear blackmail has also been used,” Putin said, citing Ukraine’s Zaporizhzhia nuclear power plant, the biggest in Europe. Russia and Ukraine have accused each other of endangering the plant in the fighting.

Putin accused high-ranking officials of leading NATO nations of making statements about “the possibility and admissibility of using weapons of mass destruction against Russia – nuclear weapons.”

“To those who allow themselves such statements regarding Russia, I want to remind you that our country also has various means of destruction, and in some components more modern than those of the NATO countries,” Putin said.