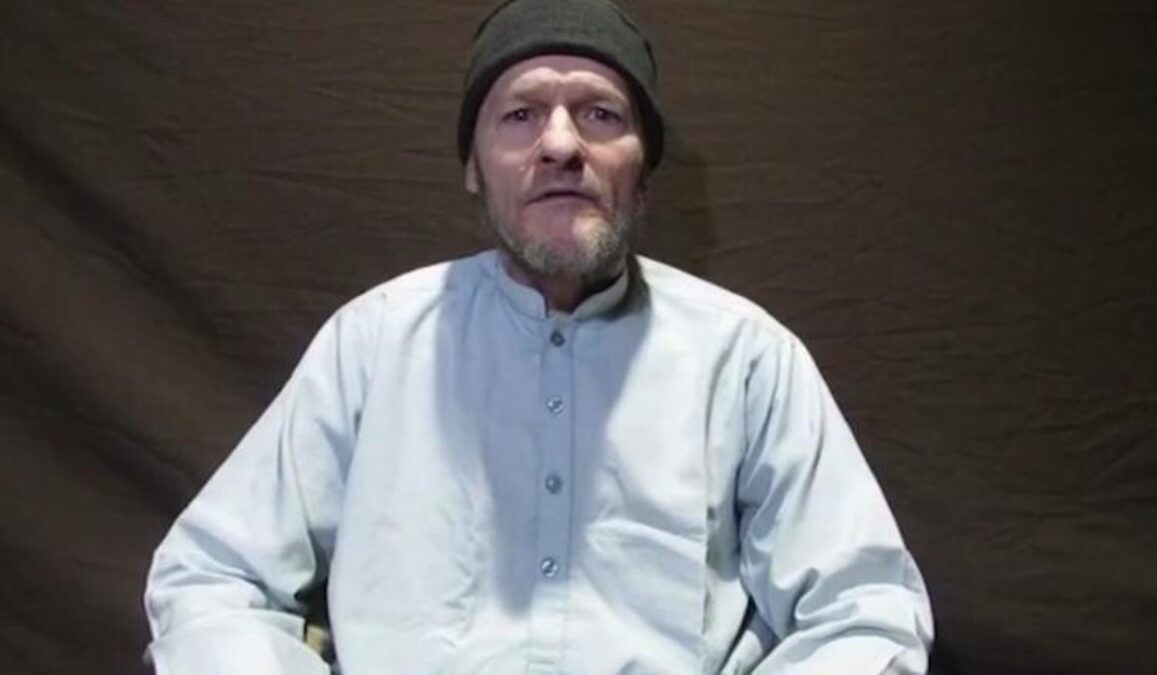 From The New Yorker.

President Joe Biden said Monday that the US has secured the release of Mark Frerichs, an American contractor and Navy veteran abducted in 2020 in Afghanistan.

Biden in a statement said that Mark was held – in Taliban custody – for 31 months.

“His release is the culmination of years of tireless work by dedicated public servants across our government and other partner governments,” Biden said.

Biden added that he spoke with Mark’s sister today to share the good news and express how happy he was for Mark’s family.

Frerichs, 60, had been working on civil engineering projects at the time of his Jan. 31, 2020, abduction in Kabul by the Haqqani network.

He was last seen in a video posted last spring by The New Yorker, in which he appeared in traditional Afghan clothing and pleaded for his release.

The publication said it obtained the clip from an unidentified individual in Afghanistan.

“Bringing the negotiations that led to Mark’s freedom to a successful resolution required difficult decisions, which I did not take lightly,” he said. “Our priority now is to make sure Mark receives a healthy and safe return and is given the space and time he needs to transition back into society.”

Bide said his administration continues to prioritize the safe return of all Americans who are held hostage or wrongfully detained abroad.

Frerichs was freed after the Biden administration struck a deal with the Taliban that allowed imprisoned drug kingpin Bashir Noorzai to return to Afghanistan.

Noorzai at a press conference in Kabul on Monday said that he was part of a prisoner swap for an unnamed American, whom US officials later identified as Frerichs.

Frerichs, who had spent more than a decade in Afghanistan as a civilian contractor, was abducted in January 2020 and was believed to have been held since then by the Taliban-linked Haqqani network.

Quoted by USA Today, a sister of Frerichs, who is from Lombard, Illinois, thanked US government officials who helped secure her brother’s release.

“Our family has prayed for this each day of the more than 31 months he has been a hostage. We never gave up hope that he would survive and come home safely to us,” said a statement from the sister, Charlene Cakora, quoted by USA Today.

Noorzai told reporters in Kabul that he had been released from an unspecified US prison and handed over earlier in the day to the Taliban in Kabul.